Davos: Seizing the Moment – Or Not 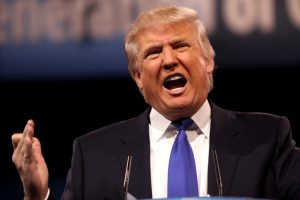 The man himself was unable to attend the proceedings in Davos – he has other commitments, including an appointment with destiny next Friday. In his stead, the future disruptor-in-chief dispatched his wingman Anthony Scaramucci to Switzerland to make comforting noises. Obligingly, Mr Scaramucci – an accomplished investment banker and reportedly host of rather wild après-event parties in previous years – assured his peers that, acerbic tweets notwithstanding, the future US president is committed to NATO and free trade. The latter, Mr Scaramucci explained, would merely need a few adjustments to improve symmetry: “Free trade will no longer be tilted towards our partners. The incoming administration simply wants to level the playing field.”

Calling Mr Trump “one of the last great hopes for globalism”, Mr Scaramucci emphasised that free trade is not to be used as a means to provide development aid and said that globalism cannot continue to undermine livings standards: “If the Chinese believe in globalisation, they have to reach out to us and create this symmetry because the path to more prosperity is via the American middle class and workers.”

Europeans leaders, Mr Scaramucci warned, ignore growing popular distrust and anger at their peril. However, he also cautioned against taking the president-elect’s twitter rants too literally or attach much importance to his colourful language and hard-hitting metaphors: “Mr Trump is just trying to get his message across to ordinary people in the most effective way.”

The incoming administration is not about to renege on US support for NATO, though it will expect European allies to assume a larger share of the burden. Any changes to the treaty proposed by the US will seek to update the alliance to ensure its effectiveness in meeting new security threats, Mr Scaramucci said.

Falling slightly afoul – at least on one end – of this year’s Responsive and Responsible Leadership theme, Mr Trump seems to care less about the goings-on in Davos – or the concerns of the decision makers assembled in the Alpine resort town for their annual gathering. “I suspect he knows that the conventional wisdom on display in Davos is nearly always wrong,” says Kenneth Rogoff, professor of Public Policy and Economics at Harvard University and, perhaps more interestingly, a chess grandmaster. “Last year, Davos was sure that Donald Trump could not possibly win the US presidency and that the UK would remain firmly anchored in the European Union. No matter what picture is painted, the most likely outcome is without fail the exact opposite of the Davos consensus.”

“Mr Trump is just trying to get his message across to ordinary people in the most effective way.”

In his rather sombre pre-summit brief, World Economic Forum (WEF) founder Klaus Schwab calls for swift action to prevent the escalation of the various crises assailing the world. According to Prof Schwab it is clear that a global shift in the balance of power is already underway: “This requires leaders to set and implement policies that take into consideration the need to bridge inequalities, reform capitalism, and address the legitimate anger felt by citizens who grapple with an identity crisis.”

The annual WEF summit has established a well-earned reputation for coming up with big solutions to big problems. As such, the event suffers from a trend, first identified by the Canadian economist John Kenneth Galbraith (1908-2006), to proclaim the need for new ideas as a substitute for them.

The ambition displayed by the attendees does not always fit on-the-ground reality. The über political correctness unfailingly adhered to does not help either. Intercultural dialogues may provide venues for harmless dreamers to exchange visions of utopia; they do not usually impress or produce outcomes that may readily be applied to real-life situations.

Though it may be a worn-out cliché that the world has changed – after all, it always does – this time around the most powerful country on earth is set to break the mould and stop kowtowing to convention. Love him or hate him, Mr Trump’s ascension to the US presidency represents an abrupt departure from business-as-usual. The chattering of the globalists has been overtaken by facts.

As President Trump sets about making America great (again) and Prime Minister May takes inspiration from Thelma and Louise, the old thought bubble has burst. And it is not just developments in the US and the UK that require a new form of group think: whilst most of the big name participants of the WEF meeting continue to profess a belief in trickle-down economics and consider world poverty as good as solved, the number of people in Sub-Saharan Africa subsisting on two dollars per day has doubled since 1980 to around 500 million.

Predictably and with clockwork precision, development organisation Oxfam – a confederation of international donor institutions – produced its annual report on global inequality on the eve of the WEF Davos meeting, concluding that the world’s eight richest men jointly own as much wealth as the poorest 3.6 billion people. Oxfam’s UK chief executive Mark Goldring warned that inequality is fracturing societies and poisoning politics: “It is beyond grotesque that a group of men who could easily fit in a single golf buggy own more than the poorest half of humanity.” The organisation also calculated that the average compensation awarded to CEOs of leading British companies equates to the combined wages of over 10,000 garment factory workers in Bangladesh.

Last year, Oxfam concluded that the combined wealth of the world’s richest 68 people – many of whom were present in Davos – equalled the total possessions of the poorest half of humanity. Improved data now shows inequality to be even worse than previously thought.

Whilst WEF Founder and Executive Chairman Klaus Schwab tries his level best to convince guests to tackle the grave issues at hand, most participants continue their deliberations almost mechanically as if they reside on Thomas Mann’s Magic Mountain – largely immune from developments in the outside world. The danger, of course, is that today’s movers and shakers become mere observers to events that have slipped from their grasp through inaction.