Thanks for giving us Space, Juan 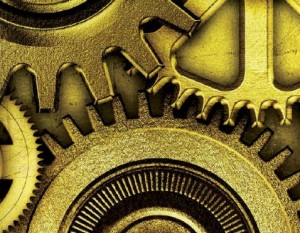 There were some very good reasons that the Industrial Revolution happened in Britain. Of course, natural resources were plentiful but that was equally true elsewhere in Europe and the world at large. The same can be said of people with big ideas since many of the best engineers and scientists of the time were residents of continental Europe. So the question is this: What allowed entrepreneurship to flourish in Britain, facilitating the Industrial Revolution and bringing so much change and progress to the world?

In some ways the industrial revolution can be seen as the birth place of modern entrepreneurship – when smart ideas could translate into large scale businesses over relatively short periods. The differentiating factors that enabled the revolution in Britain were simple. The British, more so than their European counterparts, believed in the rights of the individual to create wealth and there was a legal system that backed up those rights. The size of the economy was not fixed and capital markets encouraged investments. The government allowed for locally planned commercial infrastructure, did not micromanage people and ideas and maybe above all else believed in free international trade.

“There is a new generation of these global entrepreneurs and Juan Diego Calle is an interesting example.”

We are now living through an information revolution whose birth can be traced to Britain with the invention of the computer and the internet – but now entrepreneurship is truly global. There is a new generation of global entrepreneurs and Juan Diego Calle is an interesting example. We here at CFI became aware of Juan because he had managed to make DOT CO a top level domain available to global business. He is providing a simple and effective solution to the next generation of entrepreneurs looking for an alternative to DOT COM (which has become overcrowded). We made the switch to becoming a DOT CO allowing us to simplify our domain to cfi.co. This probably would not have been possible without Juan’s entrepreneurial drive.

There is much debate as to whether entrepreneurs are born with their skills or learn them. In Juan’s case there is little doubt that he came into the world with the entrepreneurial gift. Born and raised in Bogotá, Colombia his first business venture was selling sandwiches to fellow students. The young Juan quickly came to understand the need for scalability, employing a friend to keep up with demand. Security in Bogotá in the early nineties was not good (although thankfully the position is now greatly improved) and the young Juan was forced to flee the country with his parents, brother and sister. They relocated to Miami. The children went into the US education system and his father continued operating his Colombian business out of Miami. The security situation in Bogotá improved after a couple of years and his parents returned, but Juan and his siblings remained in the United States. At high school he started another business this time creating custom-built stereo systems. But it was at the University of Miami as part of a university business project that Juan identified an internet opportunity – for a new search engine. Raising capital from friends and family, Juan was drawn into the dot-com bubble. The business failed at first, but showing the tenacity that is a must for all true entrepreneurs, it was rebuilt with his partners and the team created one of the largest search-advertising networks in Latin America – which in 2005 was acquired by Yahoo for an undisclosed sum.

“The young Juan fully understood the need for scalability quickly needing to employ someone to keep up with demand.”

After the company was sold, Juan enrolled at Harvard taking up the Owner-President Management programme. While studying, he ventured into real estate which proved to be a largely disappointing experience, but Juan’s understanding of digital real estate – in the form of premium domain names – proved to be a boon. It was probably this that triggered his interest in commercialising domains. Hearing from a colleague that the Colombian government was considering how best to commercialise the DOT CO domain beyond Colombia, Juan realised how appealing a .co suffix would be to businesses looking for a global address. By this time the supply of meaningful DOT COM suffixes was almost exhausted. It took two years of hard negotiations to finally strike a deal with the Colombian government – having seen off competition from the far larger Versign – and in August 2009, the Colombian Ministry of Communications awarded the contract to Juan’s company .CO Internet.

Juan’s intuition – another essential ingredient of an entrepreneur – has been proved to be correct with the .co suffix gaining momentum as the world continues to globalise. One has to wonder how long it will take before DOT CO finds itself in the same place that DOT COM is in now, that is to say out of space. Like their British industrial revolution predecessors, entrepreneurs such as Juan see the world as their oyster. And so, if he does run out of space he will probably be smart enough to create some more. But in the meantime, we here at cfi.co in common with many other businesses across the world are very thankful to entrepreneurs like Juan.