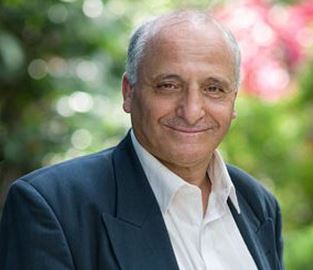 Dr Rachid Yazami almost single-handedly invented a global business now worth some $15bn annually. But, he’s not in it for the money. Rather, this Morocco-born scientist is motivated by the thrill of discovery.

Dr Yazami has some seventy patents to his name, most relating to battery technology. It is largely thanks to his genius that mobile phones and other gadgets today charge much faster and hold power considerably longer than before. He recently came up with nano-Si and nano-Ge based anodes that allow lithium batteries to be fully recharged at ultra-high rates.

According to Dr Yazami, the future holds great promise. Scientists are on the cusp of finding their holy grail: The almost instantly rechargeable, long-life battery. Dr Yazami is currently leading a team of researchers at the California Institute of Technology (Caltech) working on the development of lithium-carbon fluoride battery technology. Next-generation batteries will enable more powerful portable electronic devices to perform longer with little downtime for recharging.

Just one year after graduating from the Grenoble Institute of Technology in 1978, Dr Yazami discovered a polymer electrolyte for use in an electrochemical cell that led to the development lithium-graphite anode now found in almost all lithium batteries. After obtaining his Ph.D. degree in 1985, Dr Yazami joined the prestigious French Centre for National Research which awarded him a professorship in 1998.

Author of more than 200 scientific papers, Dr Yazami is widely considered the world’s leading expert on battery technology. While the study of graphite intercalation compounds or phase transitions in metal oxides may not fascinate the general public, these esoteric endeavours made it possible to develop a vast range of gadgets now deemed essential to contemporary life.

Without Dr Yazami’s discoveries, the iPhone would not be so smart; notebook and tablet computers would be but dumb and short-lived cousins to the AC-powered desktop; watches would still need to be wound up; pacemakers would need external battery packs; and NASA would have to shoot heavy and cumbersome battery cells into space. The humble lithium-ion battery, now ubiquitous, owes its very existence to the scientific work of Dr Yazami.

Earlier this year, Dr Yazami and three of his fellow researchers were awarded the coveted Draper Prize by the US National Academy of Engineering (NAE) for their pioneering work on battery technology. The $500,000 prize, granted annually and considered one of the three “Nobel Prizes of Engineering” (with the NAE’s Russ and Gordon Prizes), seeks to honour and recognize those who contribute to the advancement of engineering.

Battery technology constitutes one of today’s most dynamic fields of scientific investigation. The development of ever smaller cells that hold vast amounts of power and may be recharged quickly and efficiently is essential for the coming-of-age of nearly everything from electrical vehicles and miniature drones to portable computing and long-lasting implanted medical devices.