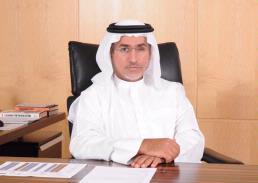 Recognized as the “Best Islamic Bank, UAE – 2012” Emirates Islamic Bank is an excellent example of a modern financial institution with a strong Islamic proposition. Established in 2004, Emirates Islamic Bank opened its doors with the clear goal of offering discerning customers Islamic finance solutions. Combining the best in Shari’a compliant services with the strongest levels of customer care and efficiency, the bank has established itself as a major player in the highly competitive financial services sector in the UAE.

Within a short span of time, Emirates Islamic Bank has positioned itself among the largest Islamic Banks in the country, and the 6th largest in the UAE. The bank offers a broad range of products and services developed on the highest ethical standards and offering customers the transparency that they seek in their financial partner.  It is these principles that have made the bank an attractive choice, to customers that are seeking a strong, honest financial partner, irrespective of their religious affiliations.

The UAE stands as one of the most competitive financial services markets in the world with over 50 banks vying to establish themselves as a notable presence.  Emirates Islamic Bank has had admirable success in carving out a strong presence for itself in this aggressive market.  It combines a bricks and mortar presence that currently stands at 49 branches, with a network of alternate channels that include over 150 ATM machines, online, SMS and phone banking.  The bank has also been recognized as the first Islamic bank to offer a comprehensive suite of mobile banking services across the three key mobile platforms Android, Blackberry and iPhone. It is this flexibility to bank anytime, anywhere coupled with the best in face to face service that continues to drive the bank’s rapid growth in the market.

However, what earned Emirates Islamic Bank the highly sought award of “Best Islamic Bank” in the country was not just its superb offering. The deciding factor for the judges to name the bank as the best was actually the ‘breakneck’ growth that the bank has seen in 2012, to become one of the fastest growing banks in the country. A statement that holds true when measured against both Islamic and conventional banks in the region.  2012 has seen Emirates Islamic Bank grow its branch network by nearly 50%, grow its customer base by over 30%, and expand its offering across all Commercial and Retail segments, with special focus on targeted propositions to each segment (mass, affluent, high net worth, and SME).

The Acquisition of Dubai Bank

Under the leadership of the newly appointed CEO, Mr. Jamal Bin Ghalaita, the bank has redefined its strategy in late 2011 to focus on the Retail, SME, and mid-market segments. Following the new strategy, the bank has aggressively expanded its product and service offering to become a truly customer focused entity, one that is determined to become a lifetime partner for its customers, by providing the services they need when they need them. Within the short span of the year, the Emirates Islamic Bank brand has become known for best value banking across the target segments, reflected in the steep growth in customer base through the year. The speed of the bank’s refocus and the speed of impact achievement on the ground is one that definitely draws the envy of most organizations across the globe, not only in the UAE.

The success was also reflected strongly in the bank’s financials for the year. The bank has managed to grow its operating income for the year by over 60%, building on the aggressive growth of customer base and assets. Such solid growth is further supporting the bank in continuing its proposition build-up for its customers in 2013 and the years ahead. Building on such strong foundations, the bank is on track to further expand its branch network and focused segmental offerings within the SME and high-net worth segments.

This sharp focus and impressive growth is actually better understood when one looks at the leadership of the bank. Mr. Jamal Bin Ghalaita is a veteran banker with over 20 years of experience in the industry, with a solid track-record of business build-up. In his last role, Mr. Bin Ghalaita has served as the Deputy CEO and General Manager of the Consumer & Wealth Management division of Emirates NBD, the largest banking group in the UAE. During his tenor with Emirates NBD, Mr. Bin Ghalaita was instrumental in driving Emirates NBD towards the realization of its core vision, to be recognized as the leading financial services provider in the Middle East. As GM of the Consumer and Wealth Management (CWM) division, he established and grew multiple key businesses for the Group, including Private Banking, Asset management, and Emirates Money. Under his leadership, the CWM division has grown by nearly 800% within a span of less than 5 years, a success that he is looking to replicate within Emirates Islamic Bank to position it as a leading financial institution within the UAE.

Mr. Ghalaita began his career in 1990 after completing his Bachelor’s Degree in Business from the University of Arizona and joined what was later to become the Emirates NBD Group, one of the largest financial conglomerates in the UAE.  His focus, energy and commitment saw him rise rapidly through the ranks and across different departments to the role of GM of the Consumer Wealth Management Division in 2007, and the Deputy CEO of the Emirates NBD Group in 2009.

It was at this stage of what was already an extremely illustrious career that Mr. Ghalaita decided that it was time to take on a fresh challenge with Emirates Islamic Bank. Taking over at a critical juncture in the bank’s history, the moment where it was mandated to drive for market leadership and was also about to take on the challenge of absorbing the portfolio of another Islamic bank, an amalgamation that was the first of its kind in the Islamic banking market in the UAE. With their checkered history, acquisitions in the banking industry have always been fraught with challenges.  But Mr. Ghalaita was successful in shepherding the journey of two distinct banks to the creation of a single customer focused entity in record time and perhaps even more surprisingly under budget.

“My biggest challenge was to shape the management team to fully understand the potential of what we were becoming.   Today, I am proud to lead one of the best and most aggressive management teams in the industry, one that has helped the bank achieve unprecedented growth rates and helped us establish ourselves as a leader in this industry.” said Mr. Ghalaita when asked about what was the key driver towards Emirates Islamic Bank’s ability to achieve its goals, while simultaneously managing the upheaval and uncertainty brought on by the acquisition.

One of the biggest changes initiated during Mr. Ghalaita’s tenure has been the move away from traditional product based approach towards banking, towards a segment based, relationship driven solution provider.  This was a strong element in the bank’s strategy in 2012 and remains a key focus in 2013.  With a broad range of services and an aggressive focus on “cross-sell”, the bank wants to be the “primary bank” for all its customers. “We are in the business of providing complete financial solutions that fulfills our clients’ financial needs, and thus creating long-lasting relationship with our client; we are not in the business of selling banking products.  We see ourselves as partners in the journey that our customers are on, whether that journey begins as a young UAE national starting his first job or an expat making a move to a new country looking for a bigger challenge.” said Mr. Ghalaita,

Coupled with the customer focus that is so necessary for a successful organization, Mr. Ghalaita is also full cognizant of the fact that it is the people within the organization that drive its ongoing success.  An inspirational presence at all times, his voice takes on a new passion when he speaks of the role his people are playing within the organization.  “I believe that no matter how much money we spend on technology or building bigger and better branches, we cannot succeed without the support and commitment of our people.  They are our ambassadors at every ‘moment of truth’ and as a service business we want to deliver on customer expectations in every encounter with the bank.  I want to build a culture that values talent and ambition, one that realizes that not even the best of us can manage alone. We are a team and that is what drives our success.”

It is this belief in his people and the value of a unified culture that has led to the concerted effort to put people at the heart of the organization. In an industry that is often cavalier with its human capital, Emirates Islamic Bank is focused on building that capital to create a truly differentiated financial services institution.

At the end, Mr. Ghalaita offers a very clear vision of the future for Emirates Islamic Bank, “Today, our bank stands as an example of what the right combination of ambition, drive and customer focus can achieve.  I have great faith in our ability to deliver on our ambitions to become the preferred banking partner for our customers in the UAE.  As an Islamic bank we operate to the highest ethical standards, offering our customers transparency and clarity in an often confusing market.  I believe this gives us the edge, not just among customers who are looking for Islamic banking but those who are looking for ‘a satisfying’ banking experience.