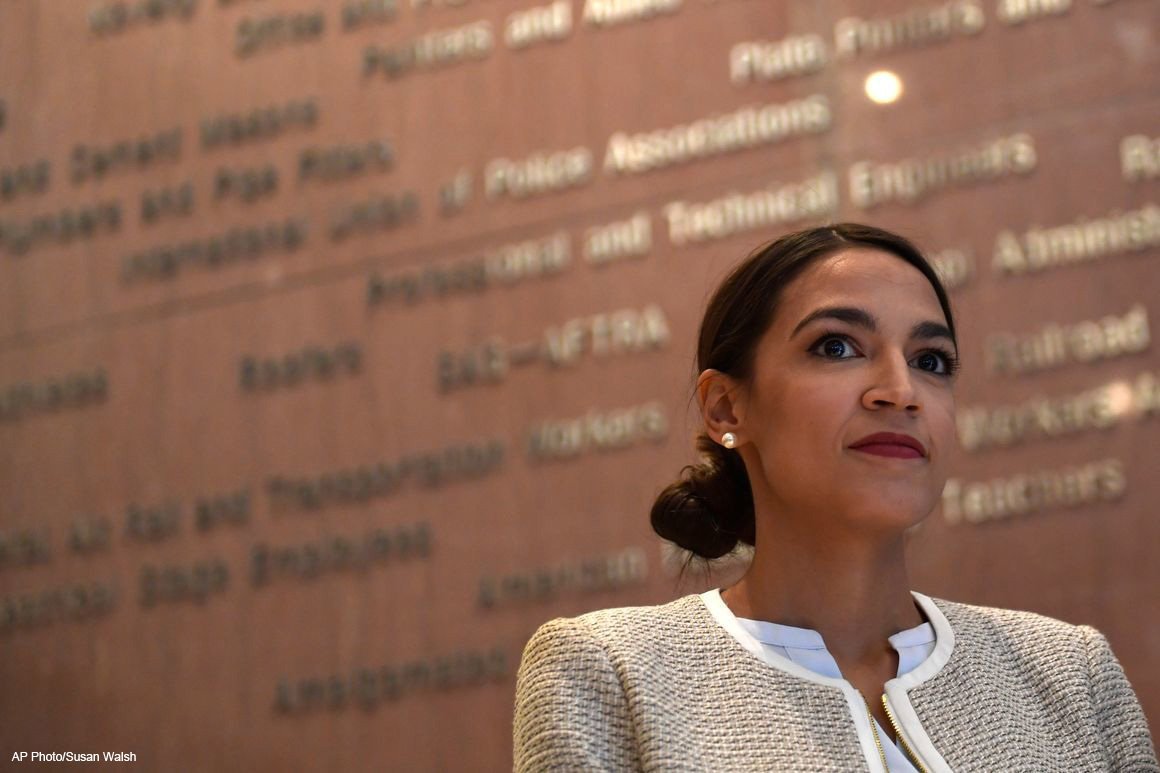 It takes the gumption of a hero to identify as a socialist in the United States, and something of a miracle to get elected to public office under a red banner. But that is what 29-year old Alexandria Ocasio-Cortez has done.

She pulled off a massive upset in the 2018 midterm elections, beating incumbent Joe Crawley in the primaries and ejecting the chair of the Democratic Caucus from the House of Representatives. As she forced an end to Crawley’s political career – and received 78% of the vote in New York’s 14th congressional district – Ocasio-Cortez also became the youngest woman to take a seat in the US House of Representatives, where she arrived to popular discontent – and great expectation.

Ocasio-Cortez is not one to keep quiet or defer to colleagues with more Washington-time beneath their belts. Even before being sworn in she gave a taste of what was to come, tearing mercilessly into the Harvard orientation session traditionally organised for freshman lawmakers – an event which she branded “biased” and called a “pro-corporate lobbyist project”.

Ocasio-Cortez is not enamoured with corporate America, or the way politics are conducted in the nation. She was one of the first to question the hundreds of millions of dollars in tax breaks awarded to Amazon, which enabled the online retailer to build one of its three corporate headquarters in New York City. Arguing that the money could be much better spend on the city’s crumbling subway network, or its disadvantaged boroughs, Ocasio-Cortez led protests against Amazon’s plans.

She has also taken her conservative critics to task and seems wholly unafraid to push back – hard – to the point of trolling them and exposing their faux pas – such as the embarrassing moment lived by representative Steve King (R-Iowa), who during a meeting of the House Judiciary Committee grilled Google CEO Sundar Pichai over the obscenities he found on his daughter’s iPhone, prompting the executive to sigh and point out that the iPhone is made by a different company. Ocasio-Cortez also enjoys sniping at habitual peddlers of fake news, such as Kellyanne Conway, Donald Trump’s former campaign manager and current adviser.

Belittling the new congresswoman has now become a dangerous proposition since Ocasio-Cortez has at least as much venomous clout as her conservative opponents. Sarah Palin was commended on her exceptional vision (she claimed to be able to see Russia from Alaska), and ridiculed for mixing up of North and South Korea – and picking the wrong one as an ally. Also noted by Ocasio-Cortez was another of Palin’s geographical gaffes (she called Afghanistan “our neighbouring country”). Palin has since retreated to the wilderness, wisely leaving Ocasio-Cortez alone.

The young congresswoman ticks all the boxes that make Republicans see red: she is pro-gun control and pro-choice, supports universal healthcare, free tertiary education, and an end to mass incarceration policies. Ocasio-Cortez also describes global warming as the single biggest national security threat facing the country. She is an advocate of immigration reform, and would like to see a path to citizenship for undocumented immigrants.

Ocasio-Cortez has so far leveraged her political stardom to withstand the pressure put on her by Democratic peers to fall in line, play nice, and follow convention. She is, as some pundits have remarked, a replica of the 2010 class of Republican congressional members, who used their Tea Party credentials to challenge the Republican leadership.