Joseph Stiglitz: From Yellow Vests to the Green New Deal 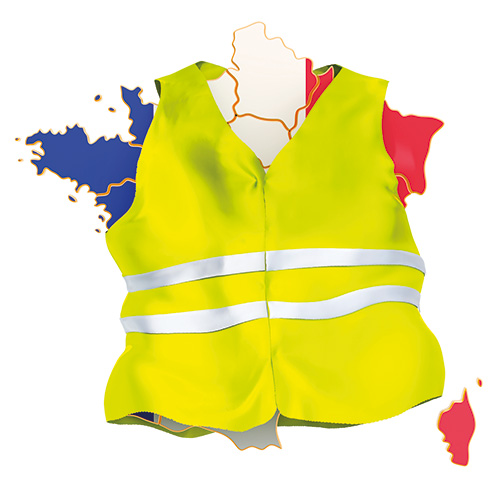 It’s old news that large segments of society have become deeply unhappy with what they see as “the establishment,” especially the political class. The “Yellow Vest” protests in France, triggered by President Emmanuel Macron’s move to hike fuel taxes in the name of combating climate change, are but the latest example of the scale of this alienation.

There are good reasons for today’s disgruntlement: four decades of promises by political leaders of both the center left and center right, espousing the neoliberal faith that globalisation, financialisation, deregulation, privatisation, and a host of related reforms would bring unprecedented prosperity, have gone unfulfilled. While a tiny elite seems to have done very well, large swaths of the population have fallen out of the middle class and plunged into a new world of vulnerability and insecurity. Even leaders in countries with low but increasing inequality have felt their public’s wrath.

By the numbers, France looks better than most, but it is perceptions, not numbers, that matter; even in France, which avoided some of the extremism of the Reagan-Thatcher era, things are not going well for many. When taxes on the very wealthy are lowered, but raised for ordinary citizens to meet budgetary demands (whether from far-off Brussels or from well-off financiers), it should come as no surprise that some are angry. The Yellow Vests’ refrain speaks to their concerns: “The government talks about the end of the world. We are worried about the end of the month.”

“By the numbers, France looks better than most, but it is perceptions, not numbers, that matter.”

There is, in short, a gross mistrust in governments and politicians, which means that asking for sacrifices today in exchange for the promise of a better life tomorrow won’t pass muster. And this is especially true of “trickle down” policies: tax cuts for the rich that eventually are supposed to benefit everyone else.

When I was at the World Bank, the first lesson in policy reform was that sequencing and pacing matter. The promise of the Green New Deal that is now being championed by progressives in the United States gets both of these elements right.

The Green New Deal is premised on three observations: First, there are unutilised and underutilised resources – especially human talent – that can be used effectively. Second, if there were more demand for those with low and medium skills, their wages and standards of living would rise. Third, a good environment is an essential part of human wellbeing, today and in the future.

If the challenges of climate change are not met today, huge burdens will be imposed on the next generation. It is just wrong for this generation to pass these costs on to the next. It is better to leave a legacy of financial debts, which our children can somehow manage, than to hand down a possibly unmanageable environmental disaster.

Almost 90 years ago, US President Franklin D. Roosevelt responded to the Great Depression with his New Deal, a bold package of reforms that touched almost every aspect of the American economy. But it is more than the symbolism of the New Deal that is being invoked now. It is its animating purpose: putting people back to work, in the way that FDR did for the US, with its crushing unemployment of the time. Back then, that meant investments in rural electrification, roads, and dams.

Economists have debated how effective the New Deal was – its spending was probably too low and not sustained enough to generate the kind of recovery the economy needed. Nonetheless, it left a lasting legacy by transforming the country at a crucial time.

So, too, for a Green New Deal: It can provide public transportation, linking people with jobs, and retrofit the economy to meet the challenge of climate change. At the same time, these investments themselves will create jobs.

It has long been recognised that decarbonisation, if done correctly, would be a great job creator, as the economy prepares itself for a world with renewable energy. Of course, some jobs– for example, those of the 53,000 coal miners in the US – will be lost, and programs are needed to retrain such workers for other jobs. But to return to the refrain: sequencing and pacing matter. It would have made more sense to begin with creating new jobs before the old jobs were destroyed, to ensure that the profits of the oil and coal companies were taxed, and the hidden subsidies they receive eliminated, before asking those who are barely getting by to pony up more.

The Green New Deal sends a positive message of what government can do, for this generation of citizens and the next. It can deliver today what those who are suffering today need most – good jobs. And it can deliver the protections from climate change that are needed for the future.

The Green New Deal will have to be broadened, and this is especially true in countries like the US, where many ordinary citizens lack access to good education, adequate health care, or decent housing.

The grassroots movement behind the Green New Deal offers a ray of hope to the badly battered establishment: they should embrace it, flesh it out, and make it part of the progressive agenda. We need something positive to save us from the ugly wave of populism, nativism, and proto-fascism that is sweeping the world..

Joseph E Stiglitz, a Nobel laureate in economics, is University Professor at Columbia University and Chief Economist at the Roosevelt Institute. His latest book, People, Power, and Profits: Progressive Capitalism for an Age of Discontent, will be published in April.