MIGA Exclusive Interview: Business Priority to Work With All People 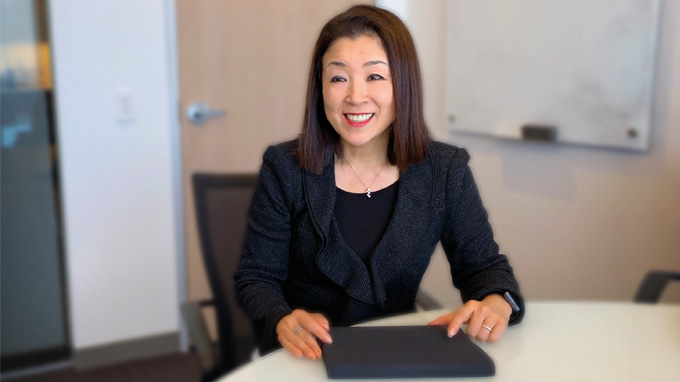 CFI.co: You have been at the head of MIGA for almost six years. Is there a key lesson that this journey has taught you about making socio-economic development impact?

Keiko Honda: There are two key lessons I’ve learned. First, private solutions, in addition to private finance, can add value in development for many cases. Private enterprises are typically more flexible and more nimble so they get off the ground quickly.

For example, I have seen private enterprises catch up on construction delays by identifying issues and fixing them quickly – this kind of agility can make a big difference. Private investors also know they need to cooperate with local communities, so they talk and work with them. We, of course, disclose our performance guidelines so investors know what is expected of them. The reason I emphasize this is that a lot of people expect that a product or project brings in money, but it’s not just about money. It’s also about the solutions investors can bring.

“Much research shows that leveraging all people, including women, helps the economy to expand. Therefore, it is a business priority to work with all people.”

Second, what we are missing is not always money, but more investable projects. Private investors need to recover their investments – so, for example, tariffs should cover the cost for the projects that we ask private investors to work on. Of course, this is not unusual for the mobile phone industry, for example, but the power sector is more complicated. We should mainstream the upstream policy work MIGA has been doing with the World Bank. I see under the spirit of the World Bank Group that we understand the needs and concerns about affordability for the longer term, and also how we can leverage private investment. This has been working well and we aim to do this more so that overseas development assistance is targeted at projects for which private investment cannot be leveraged.

CFI.co: In which sectors, and in which countries, is this shortfall of investable projects and available finance particularly clear?

Keiko Honda: I would say most middle to lower-income countries don’t have enough power, and around the world, about a billion people still do not have access to power. We’ve helped address this in the last five-and-a-half years, helping at least 47 million people gain access to power through the projects that we are guaranteeing. 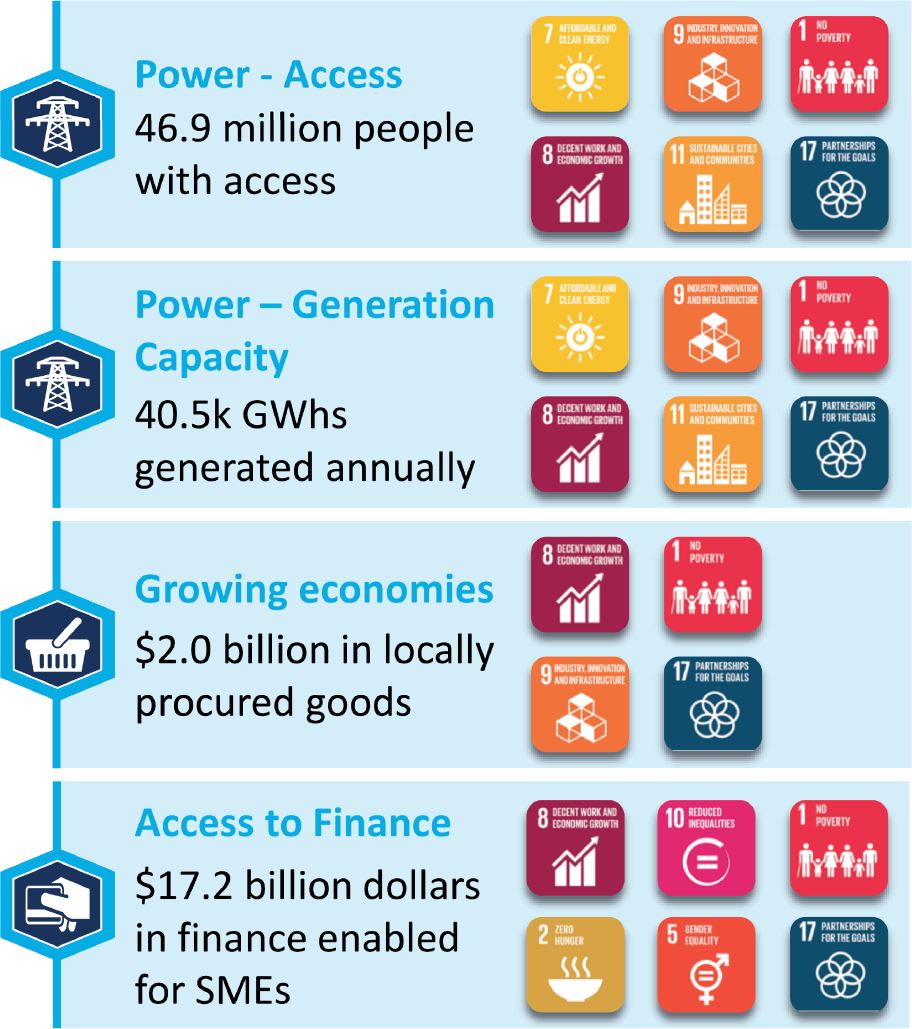 CFI.co: How has your background as an MBA from Wharton – as well as working for McKinsey and Bain – aided you at MIGA?

At MIGA I also draw on my experience from working with numerous firms, including insurance companies and private equity firms. I analysed strategic options that I developed for clients at McKinsey, and the experience there helps me to have an understanding of what motivates and constrains them.

CFI.co: How critical are gender finance and inclusive finance for transformation, empowerment and development?

Keiko Honda: Research shows that leveraging all people, including women, helps expand economies. Therefore, it is a business priority to work with all people.

MIGA has instituted a Gender CEO Award, and this year’s theme was Women Leading Climate Finance. The reason we began this award is that we want to raise awareness on gender equity. Therefore, among private investor clients, we try to identify individuals who contribute to increasing awareness on gender issues in developing countries. We have a Diversity and Inclusion team that works with the management team to identify great candidates.

CFI.co: SDG goal #9 includes bridging the digital divide. Could you give examples of how MIGA makes a difference?

Keiko Honda: It is important that all people have ways to access information, so bridging the digital divide is a high priority. Globally, a third of the population still does not have access to telecommunications. MIGA has been helping private investors roll out mobile and broadband networks in countries such as Central Africa, Indonesia, Sierra Leone and Mali.

“A lot of the work we do on gender issues is not ‘super central’, but we definitely want to demonstrate that we care. Therefore, among private investor clients, we try to find somebody who is definitely contributing to the gender issue in developing countries.”

CFI.co: We know from field research that when people get a mobile phone, it increases their productivity and professional standing. Suddenly they can communicate, and they can get access to financial services. We all know how critical that is in today’s age – and how poorer societies that do not have that access remain trapped in the digital divide, and stuck with its socio-economic consequences. 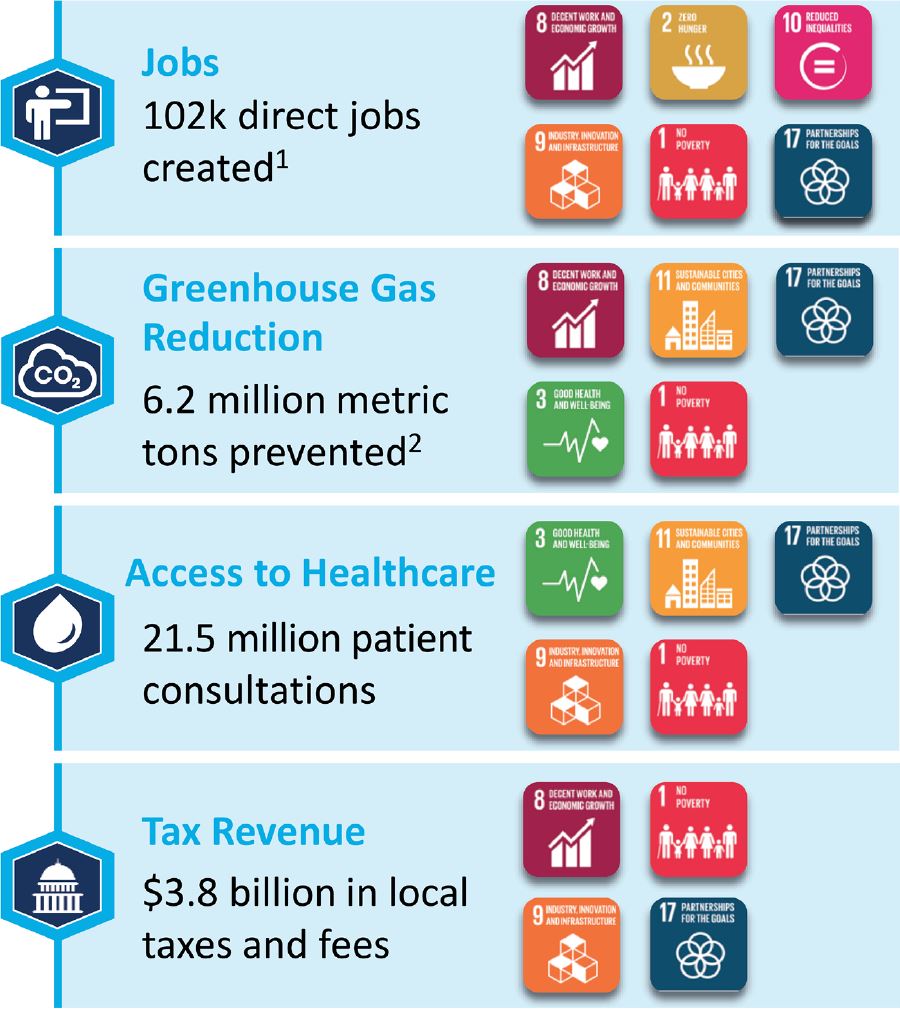 CFI.co: MIGA’s efforts to bridge the digital divide are impressive. One of the lessons we have learned here at CFI.co, from working with emerging and frontier economies across the globe, is that frequently, you also need power. Digital infrastructure without power is not exactly great – as the UN has also found. We have initiated an awards programme with multi-laterals and the private sector on this topic, and one of the initiatives we have is a program where we identify champions that help bridge the digital divide. Would you say that’s a worthwhile focus, and an important area for the sustainable development goals?

Keiko Honda: I agree, and I would say a lot of people can leapfrog development with the assistance of digital infrastructure. Second, access to mobile phones improves productivity and gives flexibility on when and where to work. I think in the near future people will start to have multiple jobs, and broadband communications infrastructure will be essential.

Keiko Honda is executive vice president and chief executive officer of the Multilateral Investment Guarantee Agency (MIGA), the political risk insurance and credit enhancement arm of the World Bank Group. MIGA supports cross-border equity investors and lenders by providing coverage against currency inconvertibility and transfer restriction, expropriation, war and civil disturbance, breach of contract, and non-honoring of financial obligations. Honda works to further the World Bank Group’s mission of ending extreme poverty and boosting shared prosperity. To that end, MIGA’s portfolio supports investments in regions where capital is most scarce. MIGA is now the leading political risk insurance provider in fragile and conflict affected countries. As part of a personal commitment to raising the visibility of female leaders, Honda launched MIGA’s first Gender CEO Award in 2016. The award acknowledges the achievements of a woman leader among MIGA’s clients, and showcases the importance of women in leading and spurring private sector activity in developing countries. In a personal capacity, Honda is also a member of the Investments Committee of the United Nations. Previously, Honda was the first woman Senior Partner at McKinsey & Company in Asia. During her 24 years at McKinsey, she supported financial institutions after several financial crises. Honda also served as a visiting associate professor at Hitotsubashi University Graduate School and as a professor at Waseda University Graduate School. Prior to that, Honda worked for Bain & Company, and Lehman Brothers. Honda holds a bachelor’s degree in consumer economics from Ochanomizu University and an MBA from the University of Pennsylvania’s Wharton School, where she was selected as a Fulbright Scholar.

Investment guarantees are an essential instrument for driving investment into the SDGs.

In the words of Keiko Honda, executive vice-president and CEO of the Multilateral Investment Guarantee Agency (MIGA), her organisation’s guarantees “help private sector projects access finance that would otherwise be unavailable to them, or help countries to obtain access to financing at lower rates for large amounts and longer tenures than governments typically are able to obtain on their own”.

MIGA has supported projects that have advanced the UN’s Sustainable Development Goals, providing power to more than 38 million people, creating an estimated 90,000 jobs, and reducing greenhouse gases (GHGs) by 3.2m metric tons (infographics – left).
As of the 2017 financial year, the organisation has issued $19.5 bn in guarantees in countries including Myanmar, Afghanistan, Senegal, Bangladesh and Zambia.

Governments need to learn more about what drives private investors and foreign direct investment. Governments could set appropriate tariffs or provide support to get projects off the ground. Honda believes that governments can do a lot to further FDI: “What we’re missing these days isn’t the money. What we’re missing is investable projects.”

One of the solutions is risk-sharing. Risk (actual and perceived) is one of the most crucial determinants for investors, so reducing it – and sharing it – is an important component to ensuring a project is attractive to the investment community.
MIGA’s underlying philosophy is to work with countries to ensure development goals are realised. The institution’s position can get high-risk projects off the ground by providing guarantees that deliver development impact.

“We know that mobile phones and telecommunications infrastructure is one of the highest-risk sectors in conflict countries,” Keiko Honda said. “Even though that risk is high, MIGA wants to continue working on these projects anyway, because we know just how vital that infrastructure is in delivering development outcomes.”