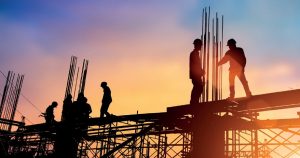 Strategic investment funds have emerged as a way of addressing gaps in the infrastructure investment lifecycle. These funds are wholly or partially owned by governments or other public institutions, and are designed to mobilise private investment to key economic sectors.

Governments the world over are struggling to finance essential infrastructure, including projects for clean energy and other green developments. For emerging markets, estimates of the infrastructure financing gap over the next decade range from $500bn to more than $1tn a year. At the same time, institutional investors, operating in a low-yield environment after the financial crisis, are looking to invest in real assets but struggle to find attractive projects.

Private investment in infrastructure last year hit a record $413bn – 14% higher than the previous year. However, the number of deals has remained steady at between 1,700 and 1,800 a year since 2013, according to the data-provider Prequin. The lack of growth suggests that many projects are abandoned somewhere between early-stage project planning, generally undertaken by governments, and the de-risked, operational stage considered bankable for institutional investors. Amongst institutional investors, interest in infrastructure assets has been focused almost entirely on projects in developed economies that are already delivering a steady income stream. The costly project development and construction phases tend to be characterised by a dearth of investment capital.

In this context, a new type of public-private investor – the category of strategic investment funds – has emerged as one of the mechanisms to address gaps in the infrastructure investment lifecycle. SIFs are special-purpose investment funds that are wholly or partially owned by governments, or by government-owned global or regional financial institutions. They act as commercial investors while also seeking to achieve defined policy goals, and are designed to mobilise private investment to key economic sectors.

Currently, thirty SIFs have been established, in countries as diverse as France, India, Ireland, Italy, Mexico, Morocco, the Philippines, and several Gulf states, as well as Nigeria and Senegal. Most have emerged over the past ten years, and another twelve are being planned. Several, particularly those in emerging markets and developing economies, concentrate on infrastructure. Some, including several multinational SIFs that focus on green infrastructure, as well as national funds such as Senegal’s Fonds Souverain d’Investissements Stratégiques, have taken on the role of infrastructure venture funds. They lead the financial structuring of new projects and take cornerstone equity stakes to reduce early-stage risk for private investors.

At their best, SIFs are professional financial intermediaries, operating at arm’s length from government, and well placed to take advantage of their strategic position between the state and the market.

SIFs as Vehicles for Green Investment

Institutional investors generally have a low allocation to infrastructure, including green projects. This is illustrated by the limited role in green finance of sovereign wealth funds. According to preliminary estimates by the World Bank Group, based on data from the Sovereign Wealth Fund Institute, between 2006-16 green investments represented 0.7% of the value of all reported sovereign wealth fund deals and 3.6% of infrastructure, energy, and utility investments. The figures for 2016 are higher at 3.5% and 13.4%. However, this rise is driven by a small number of large deals and could be just temporary. Overall, sovereign wealth funds’ involvement in green finance remains low.

Institutional investors are significant sources of capital. The global amount of assets under management for pension funds stands at around $26tn; for sovereign wealth funds, it is around $7.5tn. Infrastructure, with predictable long-term cash flows and with a low correlation to other assets, is generally considered to be a good fit for institutional investors. This is reflected in their competition for operational infrastructure assets. In combination with the reduced cost of leverage resulting from low interest rates, and the limited supply of investable projects, this competition has exerted upward pressure on valuations.

Green energy projects last year represented 42% of infrastructure deal volume, an increase from 39% in 2015 and 37% in 2013, according to data compiled by Prequin. Increased allocation to infrastructure by institutional investors can be expected to imply a greening of their portfolios.

Taking on Risks too High for Private Investors

In a market where infrastructure assets have become more valuable relative to other assets, but where supply remains insufficient, there is a case for intermediation to solve market failures. SIFs aim to provide such intermediation by taking on risks that are marginally too high for private investors. Well-managed SIFs seek to identify and target weak points and bottlenecks in the infrastructure investment lifecycle. SIFs that operate as infrastructure venture funds can seek returns on commercial terms by retaining stakes in completed projects or by divesting these stakes when de-risked, operational projects are sold.

Well-performing SIFs have been successful in crowding in additional private capital for investment in clean energy and other infrastructure sectors, while providing positive financial returns. There are, however, a number of challenges that need to be taken into account by governments and other public sponsors of SIFs, as well as by their private-sector partners, when establishing operations. These are: securing the right staff, attracting private sector investment, sourcing investable projects, and balancing commercial and policy objectives. Successful SIFs have built investment teams by recruiting experienced professionals from global financial centres. They have been able to attract private sector investment by operating as independent organisations, with clear financial targets, within their policy-defined mandate.

These SIFs have managed to become credible investment partners by asserting their operational independence from political interference, through their mandate, structure, governance, investment policy and operational framework. In that capacity, SIFs are likely to continue asserting their role in bringing projects to market in a format appropriate for institutional investors.

This article first appeard in GPI.

Håvard Halland is a senior economist at the World Bank’s Finance & Markets Global Practice, Investment Funds Group. His research and advisory work focus on sovereign wealth funds and strategic investment funds. His main interests include fund mandates, governance and operational frameworks, as well as the economic and policy implications of sovereign funds’ domestic investment. Recently, he has worked on the role of strategic investment funds in mobilizing private capital for green finance. He is an editor, lead author, or joint author of several books published by the World Bank; has published academic and policy research papers, book chapters, magazine articles and blogs; and regularly presents at international conferences and seminars. He earned a PhD in Economics from the University of Cambridge.