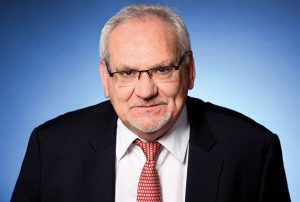 Complementing – and driving – World Bank President Jim Kim’s vision to transform the multilateral financier into an “honest broker” charged with mobilising and directing private capital towards developing countries, CEO Philippe Le Houérou of the International Finance Corporation (IFC, part of the World Bank Group) aims to leverage his organisation’s deep expertise and formidable reputation to significantly raise the volume of funds available to frontier markets and thus help kick-start their economies by creating markets where none existed before. The approach signals a strategic shift at the IFC which calls for a new operational framework to structure smaller deals with private sector parties that potentially carry additional risk but have a much greater development impact.

Traditionally run by bankers, who usually and not unreasonably put the pursuit of profits before the need for poverty reduction, Mr Le Houérou’s new direction for the IFC has been warmly welcomed by development professionals. Abandoning the ivory tower – a penthouse office rather – that housed many of his illustrious predecessors and moving his desk a few floors down to be closer to the action, enables the chief exec to engage with individual members of staff, bridging hierarchies in order to discover, and adjust, the nuts and bolts that keep the vast organisation running smoothly.

Mr Le Houérou believes in hands-on managing. Unassuming, at times taciturn, but quick to burst into laughter, the Frenchman brings a passion to his job not normally seen in the higher echelons of development finance. Coming to the IFC from the field, rather than switching one mahogany-panelled office for another, Mr Le Houérou also brought thirty years’ worth of experience to the bank’s head office on Washington’s Pennsylvania Avenue – a street lined with power as no other. Here, he cuts a slightly different figure with his six foot tall frame usually draped in a slightly crumpled suit: this is a man who works rather than talks – a man, if you will, on a mission.

Mr Le Houérou’s undertaking seems simple enough: to transform the IFC into a market maker: “Instead of waiting for projects to fall into our lap, I want the IFC to be more proactive in creating markets by decisively moving into fragile and poor countries, places where private capital dares not tread, and create opportunities.”

“I want the IFC to be more proactive in creating markets by decisively moving into fragile and poor countries, places where private capital dares not tread, and sniff out opportunities.”

The IFC 3.0 now being erected adopts a cascading approach to development finance. For any given project, the preferred funding source should be private financing and not add to public debt; that absent the IFC will, with World Bank colleagues, try to address market failures in order to attract private capital. Should that not have the desired effect, the organisation will seek to de-risk the project by providing matching capital and guarantees to private investors. Under this scheme, public and concessional finance options are used only as a last resort when everything else has proved fruitless.

“The idea is to unburden state and public budgets. Most governments of the countries we help are already struggling with high debts burdens. Their budgets usually have no room to accommodate extra expenditures. Besides, the limited means of these countries should ideally be destined for education, public healthcare, rural roads, sanitation, and similarly important tasks where there are no private solutions. We aim to keep big-ticket infrastructure projects that generate revenues off-budget by entrusting them to the market.”

The new “cascade” approach is not just horizon to reach: it is already being piloted in nine countries with another 20 eager to sign on. The IFC and other entities belonging to the World Bank Group have dispatched country teams – each with between eight and ten professionals – to work with governments to identify and set up infrastructure projects that are “cascade-enabled”.

“The idea is perhaps not new, but it is the first time that the World Bank Group has fully embraced the principle with a consistent and dedicated approach to mobilising private capital.”

The IFC is perfectly willing – and able – to directly take on risk if that is what it takes to create markets. Essentially, the organisation now aims to put its own capital on the line – and offer it as a sort of collateral – to private investors otherwise reluctant to embark on ventures in frontier markets. The IFC can, for example, offer to assume 10% of first loss, taking the bite out of disappointing results. Mr Le Houérou describes the IFC as a leveraging machine: “We are currently able to trigger an additional $4 in private capital for every single dollar we invest. The goal is to increase this leverage and by so doing make the leap from billions to trillions.”

Such an order of magnitude is urgently called for. The least developed nations face a demographic bulge and other challenges that require jobs – tens of millions of them – to meet. “Whilst there is no single magic bullet that solves all problems – if there was, we’d have found it by now – we do know that sustainable development requires a thriving private sector. Only that can generate the jobs needed. Without employment there is no dignity for people, no alleviation of poverty – no hope for a better future.”

“So, we need to focus on practical solutions and that, in turn, requires us to rethink the way we operate. The current level of development aid of about $130bn annually is simply not enough. However, if we work closely together and establish cooperation between multilateral development banks and national development agencies, we can use those funds to clear the way for private investors to move their trillions to the places where it is needed most. Billions is what we have available, but trillions is what we need.”

To close the gap, Mr Le Houérou must tap into the vast pool of money currently idling on the side lines, suffering low returns in the current near-zero interest rate environment whilst unable to move due to restrictions placed on (pension) fund managers whose statutory mandates often preclude taking any position outside the rarefied sphere of the investment grade universe. Hence, the need to radically rethink development financing to accommodate this reality.

“This is precisely where the IFC can deploy its function as a catalyst and de-risk these opportunities, crowd-in investments, and scale up everything in the process. The question is how do we actually accomplish this. If we are serious about this agenda, I believe IFC should be a major driver of the redefinition of development finance.”

Though the IFC seeks to triple its core investment portfolio to $30bn by 2030, that increase alone – whilst crucially important – will not be enough to address the shortfall in investment capital. Already now, the IFC has established close cooperation with the national development agencies of Sweden Japan, UK and France, amongst others, to further its reach.

The organisation also aims to alter the mix of its projects portfolio to mitigate overall exposure to risk and rebalance social and financial returns. “We will continue with more profitable deals in order to offset riskier propositions elsewhere whilst keeping an eye on the impact of our operations.”

In internal assessments the IFC now attaches greater weight to the economic, social, and environmental impact of its undertakings. A new ratings system is being deployed to gauge in a more systematic and objective manner the development outcome of projects under consideration. Thus, the development impact is to become a key driver of the decision-making process, alongside financial concerns. Starting in July, projects brought to the IFC’s board for approval will include estimates on development impact. This represents a big change in the way the organisation operates. Before, impact was only assessed after a project’s conclusion. “The new procedure will allow the IFC to set overall targets for development impact and benchmark outcomes against those targets. We can then easily assess how we are doing and how much headway we’ve made on development and poverty reduction.”

Mr Le Houérou emphasises that the new IFC, though perhaps not entirely novel, is about creating markets: “We always have been quite good at structuring finance for investments, either FDI or local, bringing in technical assistance, and syndicating loans. We now need to go to more difficult places, including fragile and failed states, where we will no longer wait for deals to come our way – usually few and far in between – but proactively create markets in the knowledge that once conditions are right, private investment will follow.

“We also need to move a little bit away from merely analysing situations. It is one thing to point your finger at problems, but quite another to propose workable solutions that create the conditions for markets to emerge and prosper. Rather than de-risk at project level, the IFC will work closely with the World Bank to de-risk entire countries. To create markets is, essentially, to remove roadblocks.”

And that is precisely what Mr Le Houérou has been doing at both the IFC and in the countries where his organisation is called upon to help facilitate and accelerate development. It is a new take on an existing approach, though one not just evolutionary in nature. Rather, Mr Le Houérou, aware of the urgency of his mission, is taking the proverbial bull by both horns, redirecting the entire development finance sector down a more pragmatic path: good intentions are swapped for tangible results – removing roadblocks in the process.