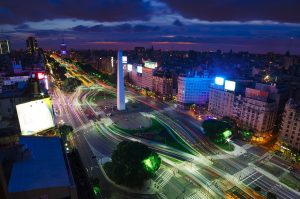 Argentine payroll costs are the highest in Latin America, standing at a maximum of 40%. Social security and health care employer contributions amount to 23% or 27%, based on each employer, whereas contributions withheld from employees stand at 17%.  In addition, the cost of work-related accident insurance coverage and mandatory life insurance must be added and amount to an additional average of 4%.

This situation, jointly with the high inflation that Argentina has suffered in the last few years, make companies’ labour and payroll taxes a significant component of their cost structure.

In order to boost the labour market and improve the country’s infrastructure, thus facilitating the production of goods and services, during its 14 months in office the new government made decisions and implemented policies in several areas, such as finance, employment, and taxes.

“Compensation applicable to a worker for disability will be improved since the basic gross salary will be adjusted monthly.”

Below are the most significant social security and labour measures being drafted, analysed and negotiated by the Argentine government with the different social actors, or that have already been approved by congress. The main objectives pursued by the current administration are:

Income tax has significantly affected the workers’ purchasing power over the last few years since the previous administration did not adjust for inflation the scales for calculating income tax withholdings, which were the same from 2000 through to December 2016. The high inflation rates suffered in Argentina during these years caused the workers’ salaries to become increasingly unsteady, even if collective bargaining negotiations granted the agreed-upon increases, and/or if employers provided employees not covered by collective bargaining agreements with salary increases equal to or higher than the inflation rate. In many cases, despite salary increases, workers, due to the regressive nature of income tax over the last few years, earned a net salary which was lower than that collected before the raise.

Pursuant to income tax law amendments, updated personal deduction amounts became effective as of January 1, 2017, accounting for a 23% increase as compared to 2016 and which will be adjusted annually as from 2018. The amendment also sets forth the extension of the bracket scales for assessing income tax.

Workers Compensation Insurance Law – On January 23, 2017, a Presidential Necessity and Urgency Decree was published, whereby the president introduced major amendments to the workers compensation insurance system aimed at reducing the high rate of lawsuits for occupational accidents suffered by insurance companies mainly since from 2012, compromising their solvency, as well as the stability of the system.

The main amendment to the system is that if an employee wants to file an occupational accident/disease lawsuit, he/she is required to undergo a single administrative instance excluding any other intervention so that he/she may request, with legal counsel support, the assessment of the occupational nature of his/her disease or contingency, the assessment of his/her disability and the related monetary compensation set forth in Workers Compensation Insurance Law.

This instance comprises the involvement of a jurisdictional medical commissions before the employee appears in court. These medical commissions should issue an opinion no later than 60 administrative business days, a term which may be extended for ‘matters of fact related to the confirmation of the occupational accident or disease, duly grounded’. Should the worker disagree with the ruling, once the administrative instance is exhausted, he/she may resort to court proceedings. This amendment is expected to be regulated before February 28, 2017, so that it becomes effective no later than March 1, 2017.

In addition, the compensation applicable to a worker for disability will be improved since the basic gross salary will be adjusted monthly.

Based on official statistics, there are 340,000 pending trials at present which account for liabilities worth $4.5 billion. A total of 127,503 new trials were initiated in 2016. As a result of this high number of lawsuits, insurance companies have been forced to increase the monthly premium charged to employers to face these lawsuits, thus driving up labour costs.

First Job Promotion System and Employment Formalization Bill – This bill has been pending approval by congress since April 2016. It consists of two systems:

Its main objective is to foster the creation of new registered work positions as a policy of national public interest and to boost economic and social development in Argentina.

Labour disclosure – This initiative is being drafted by the Argentine Ministry of Labour, Employment, and Social Security. It is aimed at (a) boosting the creation of employment by subsidising only employee social security contributions (14%); (b) amending collective bargaining agreements, and (c) reaching an agreement at collective bargaining negotiations considering future inflation, rather than past inflation as it has been done over the past twelve years in Argentina.

One of the key points of labour disclosure consists in subsidizing employer social security contributions. The Argentine government will bear the contributions of every new employee joining the labour market over the next three years.

Therefore, the executive branch seeks to register about 300,000 workers per year, reaching 900,000 employees in three years and thus avoiding a strong imbalance in the Argentine social security system.

This disclosure will aim at SMEs and informal workers with gross salaries of up to ARS 12,000. The Argentine government also seeks to reduce informality in some key sectors of the economy where unreported labour is high, such as construction, the rural activity and the textile industry.

Moreover, this initiative would set forth that the beneficiaries of social plans also make contributions to the social security system.

Besides, the disclosure would also toughen penalties for employers failing to register its employees in due time and manner. In February, the Argentine government will summon business persons and the main union leaders to bring forward the proposal and reach general consensus.

Vaca Muerta is the second largest shale gas reserve worldwide and the fourth largest reserve of shale oil in the world. It is located in the Province of Neuquén and has a surface of 30,000 km2.

Last January the provincial government and oil unions and companies reached an understanding to relaunch investments to exploit the shale gas and shale oil fields in Vaca Muerta. The purpose of this agreement is to improve the profitability of the projects by adopting such measures to cut labour costs, invest in infrastructure, encourage exports and drop the price of energy, amongst others.

This ‘treaty to improve productivity’, as defined by the government, intends to lower business costs by removing certain economic items granted to employees so far. Although this removal slashes worker salaries by a third, and thus labour costs, the oil union upholds that, despite such salary decrease, work is humanised and the quality of life is improved.

Companies will invest $5 billion in 2017, whereas investment will increase to $15 billion per year as from 2018, which, based on government forecasts, will multiply the workforce in the oil and gas field and related activities by a factor of ten.

In addition, through this arrangement with the oil union, the government aims at setting precedent and replicating the model in other collective bargaining agreements to make them more ‘flexible’ and productivity-oriented, and hence promote investments in other sectors. 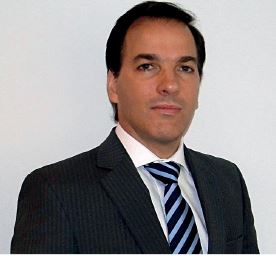 Sergio Caveggia is a tax partner currently in charge of the Transaction Tax Area in Argentina. He joined EY Argentina in 1994 and has developed strong expertise over 21 years in international taxation and mergers and acquisition matters. He is highly experienced in acquisition structures for inbound and outbound investments, buy side, sell side and restructuring services within the Transaction Tax Area.

Mr Caveggia has served numerous clients in a variety of industries and has also been involved in practically all buy-side and sell-side due diligence procedures performed by the firm over the last decade. He has given lectures in national universities and is a frequent speaker in tax seminars and has also written several articles dealing with Argentine tax issues

Mr Caveggia is a certified public accountant, graduated from University of Belgrano in Argentina. He also obtained his tax specialist’s degree at the University of Belgrano and has a postgraduate certificate in Business and Management from Universidad Católica Argentina (UCA). He is also a member of the Professional Council of Economic Sciences of Buenos Aires and the Argentine Fiscal Association. 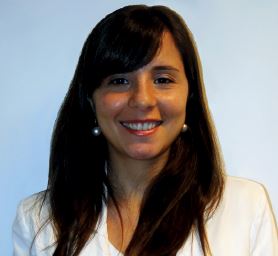 Vanina Manteiga is a manager within the Transaction Tax practice of EY Argentina. She joined EY in 2010. Mrs Manteiga has ten years of experience in labour, human resources, and social security issues (corporate advisory and payroll processing services provided to several companies). As social security manager, she has performed several due diligence processes in connection with numerous business transactions. She actively participates in social security audits for large number of companies in several industries.