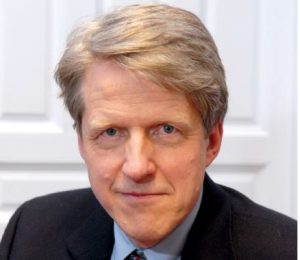 One of the elite Sterling professors at Yale University, he predicted both the dot-com bubble and the collapse of the housing market. Two years ago, he was the joint recipient of a Nobel Prize. There are few people more on top of their game in the world of economics than Robert J Shiller.

Right now, the 69-year-old son of an engineer from Detroit is hot property. Governments, think-tanks, and financial bodies the world over queue for his counsel. And that’s no surprise, given his startling insight into the patterns of world economics, coupled with an uncanny ability to always be right.

Back in 2005, Mr Shiller started urging caution as house prices on both sides of the Atlantic began to soar, with no real end in sight for how high they might go. On CNBC, Mr Shiller firmly laid down his belief that house values could not surpass long-term inflation because values were likely to be pulled more towards building costs and their attachment to typical economic profit. Basically, on live television, he had predicted the housing bubble.

Remarkably, people didn’t buy it. Money was still being made during the property boom, and raw greed itself may have caused a mass blindness to the warnings. Sadly, and despite Mr Shiller stating it would hit within a year to eighteen months, many investors had overlooked one particular devil in the detail that would leave them ruing the day they hadn’t bowed to his wisdom. The general price level of nationwide real estate in the US tends not to accurately reveal itself immediately. This is due to a – at the time – little known lag in price prediction of about twelve months. People didn’t believe what Mr Shiller had predicted with frightening accuracy, because they couldn’t see it.

In hindsight, the disbelief was itself unbelievable, considering that Mr Shiller had form for extraordinary predictions. Previously, he had watched cautiously as the NASDAQ Composite Index began to ascend to what he could see was a dramatic spike, and not a whole new level of wealth created by a raft of companies putting “.com” at the end of their name. He immediately hit the alarm button, urging caution and highlighting the financial world’s apparent lack of a Plan B.

“People still place too much confidence in the markets,” he said, soon after the dot-com dust had settled. “They have too strong a belief that paying attention to the gyrations in their investments will someday make them rich, and so they do not make conservative preparations for possible bad outcomes.”

Years later, as stock exchanges began to tumble, the words from Mr Shiller’s best-selling book Irrational Exuberance (2005) came back to haunt the markets. As part of his warning of a house price collapse, he stressed: “A long-run consequence could be a decline in consumer and business confidence, and another, possibly, worldwide recession.” Like a modern-day Nostradamus, he’s called all the shots with exceptional veracity.

In recent years, Mr Shiller hasn’t lost any of his ability to make prophecies. He’s been completely engrossed in spotting trends that will allow the stock markets to identify the mid-term moves in asset prices that will allow exchanges to remain stable. Eventually, his work could become like a magical back-up, ever in line with Mr Shiller’s obsession with having a Plan B in place.

But that doesn’t mean his work hasn’t already been spellbinding. Far from it. The Nobel Prize Committee were so impressed with Mr Shiller’s work on trend spotting in asset markets that they awarded him the 2013 Nobel Memorial Prize in Economic Sciences, together with Eugene F Fama and Lars Peter Hansen.

Mr Shiller’s enigmatic appeal isn’t restricted to what he can produce after weeks of pondering over graphs, charts, and assorted historical data. In this modern digital age, he possesses some serious clout as a practitioner of social media. His following on Twitter is a staggering 61,000. That’s an impressive figure for someone who only follows 23 accounts himself, and has written just 124 tweets in little over three years.

He also keeps the professional world well informed by making all his research and data available online – free of charge. Economists the world over send the Internet into a frenzy the moment he uploads his latest figures.

Day-to-day, he controls two charts which are in themselves financial superstars. Firstly, the CAPE Ratio (cyclically-adjusted price-earnings) offers a reliable prediction of returns over periods of up to ten years. The second is closer to Mr Shiller’s heart – a long-term forecast on house prices, with some intricate adjustments for inflation. They may not sound like the sexiest charts in the world, but the clamour to see the data they provide is almost inconceivable.

Robert J Shiller is a man who has the complete respect of the financial world. And so he should – he is the economist equivalent of a crystal ball. And what a better place the world might be if more people had heeded his advice over the years.