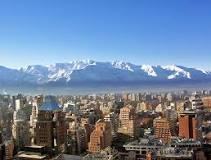 To continue its success story, Latin America will need to address a number of socio-economic challenges. Insurance has the potential to help the nations of the region to tackle such challenges. Yet insurance potential of the region remains largely untapped. Unleashing it will require a transformation of both market and regulatory structures.

Latin America has undergone a remarkable transformation after suffering through a series of major economic and financial crises in the 1990s and at the beginning of the new century. Since 2003, the region’s GDP has grown more strongly than that of the advanced economies in every single year.

Even more importantly, the region’s economic development appears to rest on far more solid foundations than it did in the past. This positive development has been driven by a strong expansion of domestic demand that was in turn supported by high prices for natural resources and food – the main exports of the region. Sound economic policies and a growing financial sector have also underpinned these improvements.

There are, however, several risks and challenges for sustainable economic growth in Latin America. Although the situation differs among Latin American countries, there are some common issues which need to be addressed. In order to maintain the current growth path there is a need to foster trade and investment.

“Since 2003, the region’s GDP has grown more strongly than that of the advanced economies.”

The region’s high exposure to natural catastrophes calls for precautionary actions as well as protection from their financial consequences. Given the decreasing, yet still high income inequality there is also a critical need to protect the growing middle class from falling back into poverty. Finally, expected demographic changes require appropriate retirement solutions. A vibrant insurance sector can help the countries of the region address these key challenges.

Latin America has gained much from increased levels of trade. However, the region’s trade patterns are not well diversified: Most revenues result from the export of commodities. An expansion and diversification of trade has the potential to make economic growth more sustainable and to enhance welfare.

Exporters face a number of risks that are inherent to their activity. These include the risk of physical loss of any products and risks during transport. As economies move up the value added chain, the risks associated with supply chains become more significant. To effectively manage the risks associated with the disruption of complex supply chains, in-depth knowledge of various risk factors and their interdependence is necessary. In addition to the trade-enhancing effects of insurance, insurers can help exporters develop and maintain resilient supply chains.

The Economic and Social Role of Insurance

Insurance plays an important economic and social role and has the potential to provide vital support to emerging economies. However, its important contributions often tend to be overlooked. Insurance performs three core economic functions:

Through these functions, insurance enhances individual wellbeing, promotes economic activity that otherwise would not be undertaken, and protects people from falling into poverty as a consequence of an adverse event.

In order to sustain economic growth, Latin America will have to mobilize sufficient investments, in particular in infrastructure, buildings and machines. However, both domestic and international investors face a number of risks that endanger their investments. By taking on and pooling some of the risks inherent in business operations, insurance enables individuals and companies to undertake productive investments. An example is surety coverage, by which insurers take on certain risks related to large and complex construction projects. Without such coverage, these projects would not be undertaken.

In order to strengthen the resilience of their economies and to broaden the investor base, emerging markets seek to attract foreign direct investment (FDI). Yet foreign investors face uncertainties, with political risk seen as the single greatest impediment to inward investment. A global and competitive insurance industry can play an important role in the promotion of FDI. By absorbing and managing some of the risks investors typically face, global insurers make investments possible that otherwise would be too risky.

Latin America is strongly exposed to recurrent natural disasters. The region was particularly hard hit in 2010. The earthquake in Haiti alone killed 160,000 people. The economic losses are also significant. The earthquake of 2010 in Chile resulted in economic losses of $30 billion which represents 15 percent of Chilean GDP. In fact, in 2010, the losses from natural disasters in Latin America relative to GDP exceeded loss ratios in any other part of the world. The economic losses from natural disasters will most likely further increase in years to come, as a growing population and further urbanization as well as growing wealth will expose increasing values to risk. It is expected, for example, that the population exposed to flood risk in Brazil will surge from 33 million today to 43 million in 2030.

As a large number of people are simultaneously affected by natural disasters, such risks can easily exceed the capacity of domestic insurers. To effectively protect against catastrophes, each country would have to accumulate significant amounts of savings to cover the associated economic losses. As a result of this need for savings, consumption would have to be reduced with adverse consequences for economic growth.

Many Latin American countries rely excessively on post-event assistance as opposed to pre-event preparedness and mitigation. Poor disaster preparedness and poor construction standards are often the cause of high mortality and injury from building collapses caused by earthquakes or tsunamis. Adaptation measures, such as urban planning, building codes, drainage and hillside stabilization projects, could significantly reduce expected losses.

The lack of appropriate building standards has been identified as one of the main causes for the devastation caused by the Haiti earthquake. By way of comparison, the Chilean earthquake caused a far lower number of casualties even though it was 500 times more powerful – not least due to advanced building codes. Insurance cannot only help to cover the economic losses and contribute to a faster recovery; it can also help to strengthen the resilience to natural disasters by sharing its experience in risk mitigation and risk management.

While Latin America enjoys increasing income levels, it still suffers from high levels of income inequality. A large proportion of the population remains at a low income level and has only limited possibilities to build up reserves in order to protect themselves from the financial consequences of adverse events like illness, accidents or the destruction of property.

Without reserves, adverse events force people to drastically reduce their consumption. This can often have large and persistent effects on their future health and income. As a result, individuals, families or entire villages can fall into poverty and the overall economic development is challenged. Insurance can create substantial benefits for people who do not have the possibility for self-insurance. For people that managed to escape poverty, insurance provides security of assets and helps to maintain their social status.

Though the population of the region is still comparatively young, it has started to get older. According to UN forecasts, Latin America will close the gap with advanced economies within the next 50 years. The young people that start working now will be heavily affected by this development when they retire, yet, appropriate retirement solutions are still underdeveloped. They have to finance a much longer post-work life span despite the fact that there will be a much smaller part of the population that is still working and generating the necessary financial sources.

Public pay-as-you-go retirement systems will likely get into difficulties as premium payers have to finance a steadily increasing number of retired persons. This can create a high and probably unsustainable fiscal burden. Furthermore, in most countries of the region, public retirement schemes are not designed for the needs of a growing middle class, and there are no general retirement insurance and pension policies widely available. There is an important role for insurers to develop new products tailored to meet these needs.

Unleashing the Untapped Potential of Insurance

Although the use of insurance in the region has picked up over the course of the last decade, Latin America still has rather low insurance penetration rates.

Given the capacity of insurance to help address key challenges of the region and spur economic growth, its untapped potential is clearly a missed opportunity. Policymakers, regulators and market participants need to address a number of market and regulatory challenges to enable insurance to grow in the region. This includes:

In conclusion, insurance can play a crucial role in addressing the key challenges of Latin America by protecting the assets and wealth of individuals, families and businesses and promoting economic development.

However, a lack of trust and awareness by consumers is a major impediment for insurance in playing this role. On one hand, the insurance sector needs to develop affordable and tailored products that enable consumers to build up trust in the sector. On the other, it is vital for many countries of the region to ensure that the right regulatory infrastructure exists to allow the sector to deliver the economic and social benefits that it is able to.

Zurich is a leading multi-line insurance provider with a global network of subsidiaries and offices. With about 60,000 employees, we deliver a wide range of general insurance and life insurance products and services for individuals, small businesses, and mid-sized and large companies, including multinational corporations, in more than 170 countries. 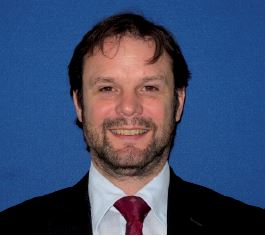 Benno Keller is Head Research and Policy Development at Zurich Insurance Company. He holds a PhD in Economics and Social Sciences from the University of Fribourg, Switzerland. 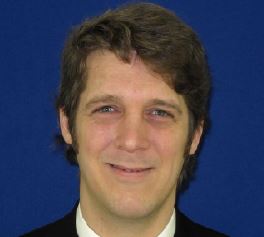 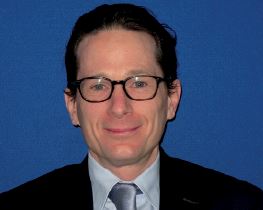 Roy Suter is a senior public policy analyst at Zurich where he also headed the company’s international government affairs operations. Prior to joining Zurich, Roy worked for the Swiss Ministry of Economic Affairs where he was in charge of managing Switzerland’s relations with various multilateral development banks. He holds a PhD in International Relations and a LLM in International Business Law.