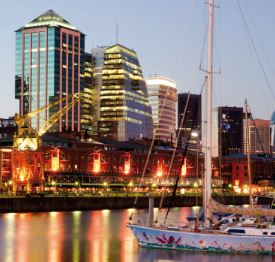 On June 30, 2013, it will be a year since General Resolution No. 3312 became effective, and in July it will expire once again, this time for 2012. This resolution introduced an annual reporting system to be implemented by parties acting as trustees of trusts set up in Argentina, as well as by trustees, grantors and/or beneficiaries of trusts set up abroad.

That is, as regards personal assets tax, in some cases the “reporting agent” is also the taxpayer, e.g. the trustor or beneficiary, while in other cases it is not, which would be the case of the trustee.

Trusts have been set up abroad for the past few years as a tax planning measure with regard to personal assets tax, particularly in cases where a person intends to separate a portion of his equity and reserve it for one of his heirs.

Setting up an irrevocable trust prevents risks associated with business issues that the trustor may experience and also avoids payment of personal assets tax, as the trustor gives up control of the assets, which are no longer available to him.

What may happen with trusts whose beneficiaries live in Argentina is that they have not been duly reported by the trustor or the trustee. This could be due to different circumstances: they are not Argentine residents or they are Argentine residents but fail to comply with the regulation, perhaps as a self-defense mechanism because the funds had not been reported or simply because they are not aware of the new regulation.

“However, new regulations regarding money laundering which have been introduced in some places around the world consider that these situations are not too different and that tax evasion also suggests money laundering.”

In addition, what could also happen is that the trusts were not reported by the beneficiary. The reasons could be:

Therefore, for different reasons, equity used to set up a trust abroad could remain unreported to Tax Authorities, thus failing to pay the related taxes. This suggests that the taxpayer involved believes that saving the related tax amount is more feasible (and alluring) than being identified and penalized by tax authorities.

On the other hand, we understand that regulations preventing money laundering are aimed at identifying the equity that some parties manage to accumulate through illegal activities. And, in general, we believe such regulations to be very different from those regulations aimed at penalizing parties who obtain income or hold equity from legal activities but have failed to pay the related taxes as required by the regulations in place.

However, new regulations regarding money laundering which have been introduced in some places around the world consider that these situations are not too different and that tax evasion also suggests money laundering. This could cause an Argentine taxpayer (albeit an irregular one in his payments) to be included in a report prepared by a foreign entity that identifies suspected money laundering.

As a consequence of this new interpretation, in the core countries’ financial systems the regulation preventing financial entities from keeping unreported funds in their customers’ country of residence is becoming more applicable. Although applicable regulations are not yet entirely clear, it is well established that a written affidavit signed by the customer is not sufficient when there is evidence of tax evasion.

One indication suggesting that the customer failed to report the funds is the use of a complex structure to make the related investment or deposit without reasonable grounds.

It is probably arguable whether a trust is considered to be a “complex structure”. It may depend on the culture of each country and the knowledge of the person making the assessment.

However, if we analyze the lack of “reasonable grounds”, it is clear that the trustor who is not also the beneficiary in his country of origin gained an advantage in terms of tax (and equity) from using such a structure and, therefore, the structure was used with reasonable grounds.

But if the trust fund was not reported in Argentina and, consequently, nobody paid over the personal assets tax associated with the trust’s corpus assets value, there would seem to be no “legitimate” tax and/or equity advantage gained by those trustors who are also beneficiaries or for the beneficiaries who are aware of their status as such.