With crisis all around us at this critical time in history, it is time to start asking ourselves some hard questions that are not normally part of the daily political discourse. Let us step back for a moment and take a realistic look at the global status quo. 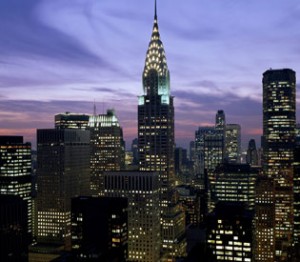 The very first thing that requires recognition is the fact that the current economic/political world order today is totally dysfunctional—ecologically, economically and socially. The system is simply not working for the great majority of world citizens. It is time that we seriously ask ourselves why this is happening to us. The latest example is the Cyprus crisis, which is a direct spinoff of the southern European economic crisis, which in turn is a spinoff of an even greater systemic problem. In many European states, the same underlying causes are slowly destroying our welfare states and social cohesiveness. If we do not soon come to grips with the underlying causes, we can look forward to further deterioration of our society and our environment.

It is my thesis that all of these crises are a direct and predictable result of major changes in the global economic/political structures, which were introduced roughly thirty years ago without any public debate.  The new structures—which were a reversal of the previous, widely successful economic policies of what many have called the “Golden Age” from 1945-1980— go under the name of “neoliberal economics”. The major instruments of the changes were the three international organizations, the World Trade Organization (WTO), the International Monetary Fund (IMF) and the World Bank, all three more or less under the control of the USA. All three reversed their policies and original mandates without any public debate during the regimes of President Ronald Reagan in the USA and Prime Minister Margaret Thatcher in the UK.

“Neoliberalism” was from the beginning a political project having nothing to do with economic science, a plan purposely designed to further the interests of a very small, wealthy elite, who control the great majority of multinational corporations. In 2010, the top 1% in the USA owned 64.4% of all American financial securities, and 62.4% of all business equity. The project was carried out purposely, cleverly, and with great success from the point of view of its promoters, resulting in an enormous transfer of wealth from the middle class and the non-profit sectors of society—the environment, communities, and social welfare— to the already wealthy. Among other things, it was specifically designed to destroy the European welfare state, and is well on its way to doing so. Susan George, honorary president of ATTAC, calls it “one of the greatest hold-ups of ours or any generation.”

The results of the neoliberal experiment are now clear to everyone after thirty years:

The underlying economic philosophy, which Joseph Stiglitz, former chief economist of the World Bank has called “more religion than economics”, has dominated international relationships for the last thirty years. Neoliberal economics was specifically designed to benefit the strong over the weak, capital over labour, creditors over debtors and the wealthy over the poor, but was cynically and cleverly packaged as a way to benefit all world citizens. Its claim was that all would benefit from its recommended economic policies: the free flow of goods without tariffs; the free flow of capital across borders; deregulation of corporations; and the privatization of public monopolies. It is a system designed to meet the wildest dreams of multinational corporations who wish to be able to operate in any country as they please without restrictions and with no democratic or moral responsibility to anyone.

Naturally, corporate interests in all countries are attracted by this concept as they stand to benefit, and they lost no time telling their politicians so in 1994. That was what made it possible to dupe an unsuspecting public into acceptance of a WTO that is now the major hindrance to achieving a sustainable future for this planet and a threat to our very survival.  All of the premises of neoliberal economics are demonstrably false, yet it has been marketed cynically and successfully. Most of the allies of the USA and the UK bought into the concept, not realizing that it was a recipe for the destruction of both the environment and democracy. American philosopher and former professor of politics at Princeton University Sheldon Wolin is one of the USA’s leading political theorists. He calls the political system which has evolved in America “inverted totalitarianism… the political coming of age of corporate power and the political demobilization of the citizenry”.

John Gray, professor of European Thought at the London School of Economics puts it this way: “Those who seek to design a free market on a worldwide scale have always insisted that the legal framework which defines and entrenches it must be placed beyond the reach of any democratic legislature.” Gray shows that “democracy and the free market are rivals, not allies.”  The WTO and IMF are both excellent examples of such undemocratic institutions.

Among other things, neoliberalism is a threat to our very survival as a species. Anyone in doubt should listen carefully to James Hansen, former director of the NASA Goddard Institute, and probably the most knowledgeable person on global warming, who stated recently that if Canada and the USA implement their current plans to fully exploit the Alberta tar sands and shale gas, then “it will be game over for the climate”, meaning irreversible out-of-control warming.

Globally, we are currently consuming roughly 50% more renewable resources each year than nature can replenish, as shown by the most recent report from the World Wildlife Fund and illustrated in the chart below. This situation is untenable, potentially suicidal, and totally removed from any public debate, where politicians still imagine they are operating in a world that existed 60 years ago, when the global ecological footprint was only about 50% of world biocapacity, and more economic growth was a reasonable goal. In a world of 50% overconsumption, that goal has become absurd. 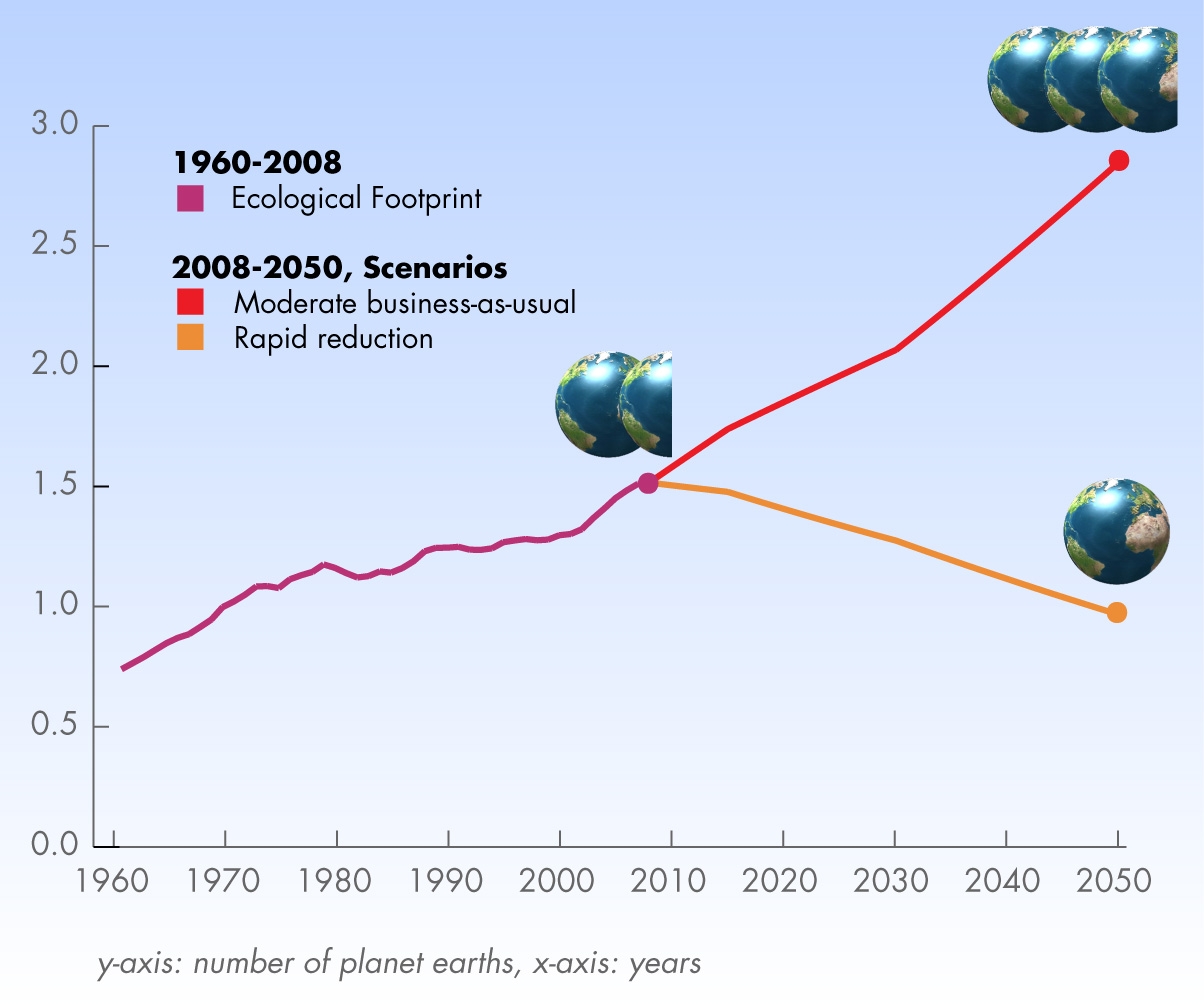 From the viewpoint of our politicians, they see little choice. “Reforms”, they claim, are necessary to meet the competition from abroad if we are to maintain jobs in our country, meaning lower wage growth, cuts in welfare even for the poorest segments of society, and tax breaks for corporations to meet the competition. But this way of defining the problem takes the neoliberal model as given—a model, which was designed to force precisely these austerities upon us, and for the benefit of foreign commercial interests.

The Race to the Bottom

The international playing field is not level. In a world of free markets and unrestricted capital flow, no country, and especially not a small developing country, has the slightest chance of competing with sociopathic multinational corporations that are often larger than most countries, that exploit Asian sweatshops with near slavery conditions, that minimize their tax contribution to society with the use of tax havens and transfer pricing, which use their considerable muscle to obtain all kinds of financial concessions wherever they operate, and are under no pressure to be either socially or environmentally responsible. A local company that wants to compete successfully with the multinationals under WTO rules has little choice but to leave its home country and try to follow the same policies, in what is a race to the bottom, environmentally, socially, and economically. Those with a higher moral standard that stay behind and try to develop more environmentally friendly production technologies are penalized by WTO rules that reward those who are best at exploiting the environment.

But, you might say, can the local government not put tariffs on foreign imports produced under lower environmental standards and protect leading edge innovative domestic industries? Surely that is the logical solution if we want to become sustainable? No, they cannot, under WTO rules, which were written by corporations for corporations, without regard for the consequences for the environment, the welfare state or social considerations, and which just about every major country accepted in 1994 or since, against the wishes of the developing countries and without any public debate. This WTO rule is, in my opinion, the single most important barrier to a sustainable future, and the major reason why insufficient progress is being made in the technological innovation that is necessary if we are ever to live in a sustainable world. This rule also explains why the EU CO2 emissions quota system has never worked and will never work as intended. If the quota costs were high enough to have a real effect on technologic research, major European companies would be forced either to leave the EU to survive or stay and lose market share to foreigners with lower standards. It is as simple as that.

The EU leadership, under the influence of its corporate sector, has also bought into the dysfunctional neoliberal philosophy. It was reflected in the charter of the European Central Bank established in 1998 with the sole objective of keeping inflation down without consideration of the effects on unemployment. It was also reflected directly in the subsequent proposal for a formal EU constitution that would have institutionalized neoliberal economics as EU policy, but which was fortunately rejected by referenda in France and the Netherlands in 2005. It is also central to the current eurozone crisis, as the political leadership forces austerity on its citizens in an effort to protect creditor banks from absorbing their speculative losses.

What can We Do?

The opposition to change in the status quo is so massive that totally new thinking is required for those who want to put an end to it. While a vast majority of world citizens is dissatisfied and would support radical change, no imaginable initiative from civil society can do the job, as NGOs are fragmented into too many separate parts that cannot realistically act together without outside help in what must be a global initiative to succeed. But there is another possibility.

In Occupy World Street[2], I have put forward a concrete design for a radically new global political/economic world order that is more in keeping with what the vast majority wants, and a strategy to get there.  I can only touch on it briefly here. The key is to show the world that a sustainable and just alternative to neoliberalism is not only possible, but exists on the ground. To do so requires cooperation between a few small countries who are prepared to take the initiative to form a new international organisation among their members, and civil society around the world that will give their backing once the new organization is established. This is a strategy of leading by example, the only kind of leadership worthy of the name; an example of what Mahatma Gandhi called “being the change you want to see in the world”.

The most important thing required to bring it about is the courage of a small number of visionary political leaders who are prepared to stand up and say to the world, “We have had enough. From now on we are going to do things differently. Please join us.”