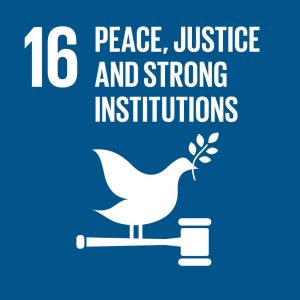 The UN Secretary-General’s has a detailed action plan for disarmament in order to save humanity – including future generations – from weapons of mass destruction and forthcoming weapons technologies.

The plan includes 40 action points to save the planet. The practical measures for disarmament of weapons also includes conventional arms and number 14 reads:

“The United Nations, through its coordinating mechanism on small arms under the leadership of the Office for Disarmament Affairs will promote more effective State and regional action on excessive and poorly maintained stockpiles in all available forums and through its regional centres, as well as through new and existing partnerships.”

This action point (no.14) in particular ties in with SDG goal #16 which is “peace, justice and strong institutions” and specifically no 16.4 which states:

“By 2030, significantly reduce illicit financial and arms flows, strengthen the recovery and return of stolen assets and combat all forms of organised crime”

One of the key indicators for the success of this goal is the “Proportion of seized, found or surrendered arms whose illicit origin or context has been traced or established by a competent authority in line with international instruments”.

Disarmament action point no 14 is also closely linked to SDG goal no 5 which is to “achieve gender equality and empower all women and girls.” This SDG goal aims to eliminate all forms of violence against all women and girls in the public and private spheres. 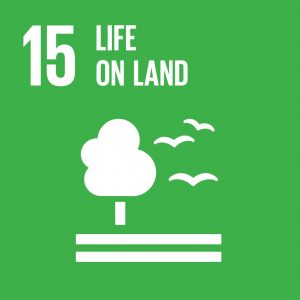 And guns play their obstructive part. In the words of UN Secretary-General Antonio Guterres:

“Almost universally, guns are infused with masculine characteristics. Men make up the overwhelming majority of the owners and users of firearms. Women are several times more likely to be victims of gun violence than perpetrators. The presence of excessive and unregulated firearms exacerbates gender-based violence and shores up traditional gender roles and power relations.”

A report released by the UN specifies 2017 world total imports at about ½ million small arms (in particular handguns).

So it’s fair to say that UNODA has its hands full.