Jean-Claude Juncker: Gives as Good as He Gets 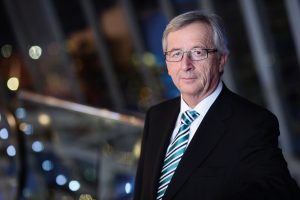 He is the man eurosceptics, and quite a few others, love to hate – the embodiment of all that is wrong with the European Union and the face of the “faceless bureaucrats” who rule from Brussels. Jean-Claude Juncker (62), a former prime minister of Luxembourg and in public office since 1984, is known – and much feared – as a shrewd political operator; it is how he got the top job at the European Commission which effectively runs the EU as its executive branch.

For a man sitting on such a lofty perch, Mr Juncker is unusually blunt and rarely holds back when describing the inner workings of the union, his take on politics, or any other pursuit. At the
height of the Greek banking crisis, Mr Juncker flatly denied that the long-suffering country was about to get kicked out of the Eurozone for misbehaviour. When it transpired that European finance ministers had entertained precisely that scenario in his presence, he memorably explained: “When it becomes serious, you have to lie.”
Equally unforgettable was Mr Juncker’s comment on the 2005 referendum in France over the proposed EU constitution, which was ultimately rejected: “If it’s a yes, we will say, ‘on we go’, and if it’s a no, we will say, ‘let’s continue’.”

Perhaps a bit disconcerting, Mr Juncker just loves to taunt the British – since long the union’s most reluctant member and now the first one to flirt with departure. Last May in Florence, he delivered a speech in French, coyly explaining – to roaring applause – that English is “slowly and surely” losing its importance on the continent. A gratuitous, and untrue, comment made only to pique the British.
Such antics have provided British tabloids with ample fodder to attack the man they singled out as their main enemy. However, Mr Juncker gives like for like, is not easily intimidated, and has a famously thick skin. Even so, he does find the criticism levelled at the EU increasingly tiresome, arguing, not without reason, that the union has become the preferred scapegoat for failing domestic policies, not just in the UK but elsewhere too.

Calling the upcoming Brexit both a failure and a tragedy, Mr Juncker is passionate in his defence of the union: “It is the UK that wants to leave the union, not the other way around. The failure resides in the fact that British voters have not been properly informed and were handed lies and half-truths instead.”
At times acerbic and always on the verge of losing his patience, though never quite getting there, Mr Juncker has managed to hold Europe together, doing a much better job than his often rather hapless predecessors in explaining the achievements of Europe and pointing out the importance of keeping the fractured continent together in an increasingly hostile world dominated by large blocs.

“Not above mischief, Jean-Claude Juncker is nonetheless a force to be reckoned with: he is a passionate advocate for European unity, strongly believes in cross border cooperation, and embraces humanistic values.”

Condemned for his reportedly excessive fondness for cognac and cigars, Mr Juncker remains quite unapologetic of his Burgundian lifestyle, dismissing critics as puritans who adhere to a misplaced sense of gravitas. If anything, Mr Juncker prefers a bit of swagger, kissing a diminutive Belgian prime minister on his bald head, patting another Belgian minister on his rotund tummy, and jovially welcoming Premier Viktor Orbán of Hungary with a vigorous handshake and a slap on the cheek, introducing the notoriously sour leader as “the apprentice dictator from Budapest”, all the while keeping a broad smile.

A pragmatist above all, Mr Juncker knows that principled inflexibility is of no practical value in a multilateral setting such as the European Union. A politician who honed his now formidable skills in one of the EU’s smallest member states, he realises that wheeling and dealing is part of the game. Now wielding considerable power a president of the European Commission, Mr Juncker deploys his almost peerless dexterity in deal-making to forge an ever closer union of the peoples of Europe – as per the 1957 Treaty of Rome on which the entire EU edifice was erected. Ignore him at your peril – he dispatches self-described “tough” prime ministers for breakfast. With a shot of cognac on the side.