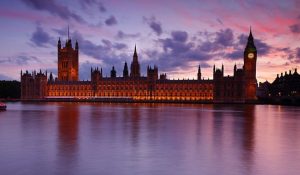 The United Kingdom Government has introduced the Sanctions and Anti-Money Laundering Bill to Parliament.  Provisions for continuity of current sanctions arrangements post BREXIT have become necessary. Failure to do so would put the United Kingdom in breach of its international obligations.

Whilst the United Kingdom has long played a leading role on the global stage in tackling threats to international peace and security, one method of influence increasingly used by the international community is the imposition of sanctions. Sanctions encompass a range of measures, such as travel bans, asset freezes, trade restrictions and broader economic measures.

In recent years they have been employed in relation to Russia’s invasion of Ukraine and the conflict in Syria, and to put pressure on Iran to come to the negotiating table. Anti-money laundering regulations are also increasingly important in this globalised world and vital if the international community is to continue to protect itself from financial crime. The effectiveness of these measures depends on the consistent enforcement of technical and procedural controls mandated by the Financial Action Task Force, an international organisation of which the United Kingdom is a founder member.

Flexibility to allow differing components would be helpful. Whilst travel bans, asset freezes, trade restrictions and broader economic measures are specified, any mechanism however to specifically place more emphasis on removing corruption from the world stage, alongside that on money laundering, would be propitious for inclusion in future sanctionable objectives. Defining corruption can be a nebulous challenge, but it often extends to poor governance. It is essential to exert pressure to improve governance where needed, particularly in relation to the recipients of UK aid funds.

The use of sanctions for economic or regime change purposes, or targeted sanctions on individuals for human rights abuses—a mechanism short of more drastic measures—is on the increase. Understanding how best to measure those sanctions against their intended purpose and ensure that the unintended do not suffer disproportionally, and when expedient how to allow leaders on the receiving end to save face, are all challenges. The need is sometimes to allow or provide an assured exit route for those facing international justice or a route back to a state of peace and reconciliation for conflicted peoples.

I would welcome a global review of sanction processes. Knowing when and how to instigate sanctions as a tool of policy does not require multilateral-level consideration by a body such as the United Nations. More effectively, it should be introduced by smaller and more coherent regional or economic groupings, such as the G7 and European Union members. Regional fora to discuss and implement sanctions have the benefit of speedier action without as much compromise on principles compared with the UN. Many crises require more timely responses while UN bodies conduct their reviews and investigations.

On another note, regional groupings carry more weight in terms of “who is in the right”, as typically those in regional groupings are neighbours. For example, African Union sanctions on African states could carry more moral weight, as it would not be seen as a group of western nations punishing a poor African state. I took note of the general theme of ‘Africa for Africans by Africans’ whilst chairing vehement remarks made recently by HE the President of Namibia.

The underpinning of sanctions as a transatlantic set of initiatives is also fundamental. This might serve also as a brake on occasional future excesses by the United States. We must all be in step. If in step however, what should be done about the effects of extraterritorial components unilaterally instigated by others—for example, the US Helms-Burton legislation, a United States federal law which strengthens the United States embargo against Cuba? Whether it be Cuba or elsewhere, it is often western banks and companies which, against their individual corporate interests and without consultation, shoulder considerable burden. 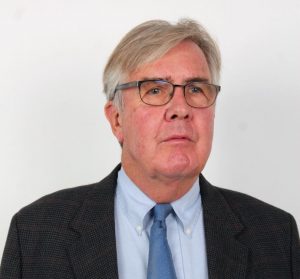 However, the overall balance must be got right. We are headed possibly towards a differing geopolitical and geo-economic world. Care needs to be exercised for sanctions not to become a “them and us” circumstance. Some suggest possible future axes in the making by those to the East standing between themselves and the ideals of the West.

While a clear set of objectives exist we should be mindful of states not being boxed into a corner or blind alley with little or no exit strategy. Any possible reciprocal sanctions programmes might have dramatic and untoward long-term adverse repercussions. If sanctions become a wedge between differing ideals, certain eastern economic powers might decide they are more in kilter with those in the East than the West. Presumed groupings and informal alliances are much more variable than we might think. So, sanctions achieving their end, and not beyond, are crucial.

A recent comment from a UK Foreign Minister encapsulates one aspect of the challenges. He noted that we live, “not in a world where isolation works”. I concur.