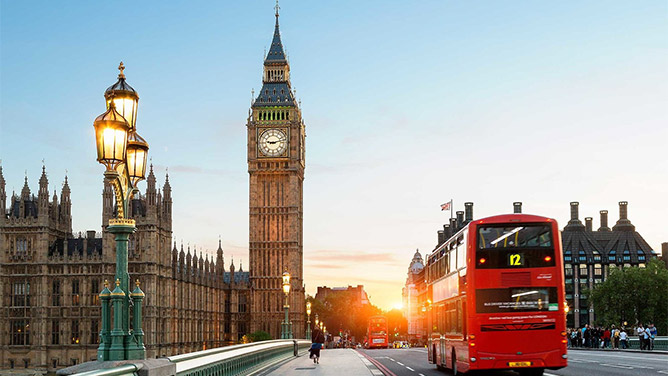 Great Britain has declared its independence. By a margin of 52 against 48, voters delivered a stunning blow to the establishment and instructed their government to take the country out of the European Union.

The world, as it had been known up to June 23, has ceased to exist. Markets around the globe, confident of a remain victory up to the last minute, plummeted as the first results trickled in. Traders dumped sterling wholesale, driving it to a 31-year low against the US dollar of barely $1.32 – a drop of 11% in a matter of hours. Sterling’s Brexit crash was more than twice as severe as the one that forced it out of the European Exchange Rate Mechanism (ERM) on Black Wednesday in 1992. The pound also lost 8% against the euro.

Early Friday morning, Standard & Poor’s warned that the UK’s AAA rating is no longer tenable. Chief Ratings Officer Moritz Kraemer said the British government will be given a 24-hour advance notice of any downgrade. Predictably, the yield on US treasury paper – one of the few safe havens left and a trusted barometer of market sentiment – dropped as well with 10-year T-bills fetching just 1.5%, the lowest return since 2012.

“Brussels will now have to face a nasty conundrum: it needs to fully respect the sovereign wishes of UK voters and act honourably while doing so; however, the EU also needs to make sure that the British do not receive any parting gifts that the remaining members may resent – or give them ideas.”

Whilst Nigel Farage got the independence day he craved, the world’s fifth largest economy and second largest debtor nation shaved a significant slice off its wealth in its quest for liberty. Analysts fear that notwithstanding the current volatility, indicators will hardly improve once the dust has settled and the full spectre of the new reality sets becomes clear.

Politically, the in/out vote split the United Kingdom neatly into its constituent parts with Scotland, and Northern Ireland opting to remain by a significant margin. London voters did so as well. However, England and Wales carried the day and imposed their will.

In Belfast, Sinn Fein’s Martin McGuinness, Northern Ireland’s deputy first minister, lost no time in calling for a poll on a united Ireland, considering that the now open border will need to be closed upon the UK’s exit from the EU. Further north in Edinburgh, First Minister Nicola Sturgeon welcomed Scotland’s “unequivocal” vote to remain part of the European Union and assured that her Scottish National Party (SNP) will now press ahead with the implementation of its manifesto which states that the country sees its future as part of the European Union.

The SNP is widely expected to call for a second referendum on independence arguing that realities have now changed considerably. Holyrood may also try secure a separate deal with Brussels that would allow Scotland to remain both inside the UK and the EU: an opt-in.

However, on the day after, the world’s outlook may have shifted, but in reality little has changed other than the big money entering into a momentary tailspin. The United Kingdom much remains a member of the EU and, in fact, has not officially informed the Council of Ministers in Brussels of its intention to depart.

Prime Minister David Cameron’s successor must eventually invoke Article 50 of the Treaty of Lisbon that puts the exit process in motion. European Commission President Jean-Claude Juncker does not wish to wait long and urged the UK to depart the union double-quick time. Mr Juncker said he gave the commission’s legal department instructions for findings ways to speed up the UK’s exit.

While there is no timeframe for notifying the EU of its intention to leave, once Article 50 has been raised, the UK government has two years to conclude negotiations. An extension may be obtained only if the 27 remaining members unanimously agree to prolong the process. If they refuse, the UK is to be unceremoniously booted out of the union. However, the entire process represents unchartered territory. Never before in its 59-year history has the union dealt with a member state extracting itself from the bloc. Upon gaining independence in 1962, Algeria – up to then part of Metropolitan France – ceased to be part of the common market, and in 1985 Greenland – an autonomous part of Denmark – voted to exit the EU in order to regain its say over fishing rights.

The morning after heralds the beginning of a new experiment in statehood for both the United Kingdom and the European Union. Whilst the UK battles financial uncertainties with an economy that sorely lacks competitiveness and needs a massive influx of foreign capital in order to keep afloat, the European Union likewise needs to, quite literally, keep its act together and get to grips with the stark naked fact that it is not very popular and consistently fails to inspire.

Brussels will now have to face a nasty conundrum: it needs to fully respect the sovereign wishes of UK voters and act honourably while doing so; however, the EU also needs to make sure that the British do not receive any parting gifts that the remaining members may resent – or give them ideas.

The union needs to ensure its preservation not for the sake of political perpetual motion or even for pursuing some mindless status quo held in place by a misguided institutional survival instinct; rather, it must raise its head above the Brussels parapet and tell people what it does and why this is important.

From its earliest beginnings, the European Union has been a project aimed at reinvigorating a tired old continent ravaged by repetitive wars and at risk of losing its relevance. Though it did not say so explicitly, the 1957 Treaty of Rome which started the project was always about forging an ever-closer union between the peoples of Europe.

Great Britain, perhaps naively, has never properly understood the purpose and intent of the common market which it so desperately wanted to join in the 1960s. Brexit leaders vehemently argued that their country in 1973 did not signed up for anything other than a free trade zone. That may have been the impression at the time, but it was widely off the mark.

The European Union constitutes nothing less than the greatest nation-building enterprise in the history of man: it seeks to unify a fractured continent not by the force of arms, but by appealing to reason and the self-interest of member states. For the price of a slice of sovereignty, handed over to the common cause, European countries are able to secure lasting democracy, prosperity, and – yes, indeed – peace.

Continental Europeans know their own history; they have been crushed by tyranny, booted around by marching armies, and held down by poverty resulting from bad governance. Even the long-suffering Greeks refuse to entertain the thought of tearing loose from the union’s fold. Perish the thought, for the outside world is large, merciless, and – big surprise – dominated by large players who habitually boss the little guys around at will.

The European Union changed the balance of global power: it is the world’s largest market and produces more cash than any other large country or player. In a world where money does the talking, the EU carries the biggest stick. However, Brussels has utterly failed to wield that soft power in ways that appeal to the average voter. The EU has been made into an easy scapegoat for whatever ill is bothering the common man/woman. Pouring blame on “faceless unelected bureaucrats” in Brussels – since when are bureaucrats elected? – has become an easy way out for incompetent governments and bumbling politicians to deflect attention away from their own failings.

Leaving the union is a right each of its sovereign member states enjoys. Great Britain turning its back on the EU is well within its remit. The only problem is, of course, that Britain may become a little bit less great by doing so. Farewell, Tommy, and thanks for all the fish.