Fragmented, incoherent investment policies, and regulatory uncertainty are dampening investor confidence in an economic environment already fragile and bruised by weak global demand. Moreover, the extent to which investment and trade have become interlocked through the pervasive spread of global production networks means the reluctance to invest is also dragging down trade. James Zhan argues for a comprehensive process to improve the investment regime.

The global financial crisis has impacted heavily on trade: annual trade expansion over the past three years has averaged a tepid 3% annually, compared to an annual pace of over 5% in the pre-crisis era. The extent of the slowdown is also apparent when comparing trade with global economic output. Traditionally, there has been a strong correlation between trade and GDP growth.

Bolstered by trade liberalisation, lower costs, and technology advances, trade took off in the second half of the last century, and has typically been expanding at double the pace of global GDP growth. However, this connection has become unhinged, with trade growing at roughly the same pace as GDP since 2012. Weak global demand, particular among high-income countries which account for almost two-thirds of global imports, largely explains the situation.

“In four of the seven years since it peaked in 2007, FDI has contracted.”

But cyclical factors are not alone to blame. Fundamental changes in the organisation of international production have taken place over the past twenty years, which have tied investment and trade together. These structural changes, connected to the changed production landscape, are a strong influencing factor on trade performance. A look at cross-border investment growth since the onset of the financial crisis shows investment in deeper straits than trade with foreign direct investment (FDI) seesawing.

In four of the seven years since it peaked in 2007, FDI has contracted. Following a rise in 2013, global FDI inflows stumbled again by 16 per cent in 2014 to an estimated $1.23 trillion. The mixed FDI performance since 2008 largely reflects the precariousness in the face of economic and policy uncertainty and rising geopolitical risk. The overall picture is lacklustre, and the prospects for a recovery are mixed. While GDP and trade have resumed modest growth since 2010, international investment flows are still a third below pre-crisis levels (see table 1). And this marked dip in investment activity, compared with activity before the crisis, has real implications for trade. The complex link is largely underpinned by the rise of global value chains.

Integrated production networks, set up by multinational enterprises (MNEs) to tap into inputs from a variety of countries for the assembly of final goods and services, have ballooned over the past twenty years. These cross-border production chains have become the engine room of the global economy. According to UNCTAD figures, over 90,000 MNEs have some $27 trillion of FDI stock invested in nearly one million foreign affiliates worldwide.

Table 1: Growth rates of global GDP, trade and investment, 2008-2014 (per cent).
Source: UNCTAD based on United Nations for GDP and FDI, and IMF for trade.

Together, these MNEs account for over a quarter of global GDP and some 30% of private sector value added. Their production networks also form the backbone of trade, now accounting for 80% of all cross-border sales. This development has inextricably linked international trade and investment. And the extent to which trade has become intertwined with the investment decisions of transnational corporates suggests that if constraints that throttle investment are not addressed, this may well augur an era of structurally weak growth for trade and the global economy at large.

Paradoxically, MNEs have ample capacity to invest, with an estimated $5 trillion accumulated on their balance sheets. However, the fragility of the global economy and market volatility have suppressed investment appetites. This skittishness is compounded by policy uncertainty fuelled by the lack of policy coordination at the global level in investment, trade and financial policies. The dynamic interface that has been established between trade and investment suggests that a closer coordination between trade, investment and other public policies is required at the global level to oil the functioning of the world economy.

But global governance has not kept pace with the fast unfolding restructuring of international production. While an internationally managed architecture governs and facilitates trade under the auspices of the World Trade Organization (WTO), no multilateral equivalent exists to give direction to investment. Instead, investment policy is fashioned piecemeal.

At the national level policy making has been dichotomous: while the bulk of national investment policy measures implemented in recent years tends towards investment liberalisation, facilitation, and promotion, the overall share of regulatory or restrictive measures has been on the rise (from an average of 5% in the early 2000s to an average of 35% in the past 5 years, according to UNCTAD data).

The central position that investment has assumed in the global economy calls for action. The need to develop investment policy in a coordinated manner is key to enhancing predictability in the investment environment and for creating more certainty to boost confidence and reignite investment. What makes the need for intervention all the more urgent is the vast scope of global development challenges outlined by the post-2015 development agenda, which cannot reasonably be tackled without the participation of meaningful private sector investment.

Investment policy action is best taken collectively. A comprehensive multilateral approach to investment policy reform would be the most sensible way to address systemic deficiencies, and provide a stable regulatory environment for investment. The dynamics of multi-stakeholder engagements ensure the interests of all involved parties are represented and can facilitate enhanced coherence. Multiparty action also helps transcend narrow interests and can more effectively ensure that wider social, economic and other developmental challenges, such as those under the aforementioned development agenda, are implanted in the new investment policy architecture.

In the absence of an institutionalised investment body to spearhead change, options for concerted action have proved elusive. While good progress has been made with policy reforms at national and bilateral level, systemic fragmentation persists, which in reality has stoked up uncertainty, rather than allay it. A concerted reform effort at the global level is therefore highly desirable to facilitate greater coherence.

The existing governance vacuum has prompted UNCTAD to explore ways to spur collective action to shore up investment policy making along two paths: the facilitation of coherent policy making; and consensus building to buttress policy harmonisation. In broad strokes, the reform agenda should be guided by the need to create the right balance between investor interests as well as legitimate issues of public concern: that is, to set policies that will create a climate conducive to investment, alleviate obstacles to investment, and instil a principled openness to investment on the one hand, while at the same time safeguarding the ability of countries to protect public interests through regulation on the other.

This would be usefully accompanied by an effective and internationally recognised mechanism for dispute resolution. It would be a much needed improvement on the flawed existing mechanisms, the ad hoc nature of which sometimes yield conflicting rulings that detract from the evolution of a coherent, precedent-based dispute settlement system.

To further prop up investment, policy scrubbing should be complemented by proactive and clearly targeted investment promotion and facilitation strategies, supported by the requisite financial and institutional capacity, and technical assistance to ensure their effective execution. These can leverage regional cooperation for optimum impact. Given the wider sustainable development agenda context mentioned above, investment policy reforms should finally be anchored by responsible investment principles. These can be angled to proactively tap the positive contribution investors can make to achieve wider societal goals and/or to prevent their negative impact on these goals.

UNCTAD’s Investment Policy Framework supports the first avenue of investment reform by providing guidance for the formulation of both national and international investment policies. The framework has proved a useful reference for governments. The need for guidance in the investment policy realm is borne out by the extent to which a wide range of countries are consulting the Investment Policy Framework and incorporating its recommendations in policy formulation. This in itself could encourage greater coherence and harmonisation of investment policy and give impetus for collective action, albeit painstakingly slow.

UNCTAD also advocates for multilateral coordination through consensus building initiatives, including by enhancing private-public dialogue on investment policy. The hope is that these efforts could help spur incremental multilateralism and bring greater predictability, stability, and transparency to the investment system to help unlock much-needed investment, which in turn can help reignite trade flows and stir global growth. An updated investment regime is long overdue. 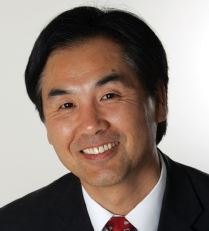 James Zhan is director of the Investment and Enterprise Division at the United Nations Conference on Trade and Development (UNCTAD). He leads the team that produces the World Investment Report.