Nick Clegg: A Heart That Will Yet Be Sorely Missed 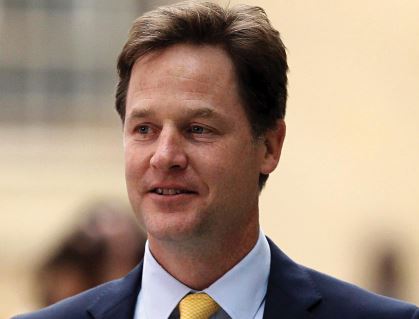 As David Cameron was celebrating his party’s astonishing victory at the polls on May 8, his former coalition partner Nick Clegg delivered a mournful resignation speech. Immediately after the election, Mr Clegg stepped down as leader of the Liberal Democrats. He called the outcome “crushing and unkind”.

This was an apt assessment: of the fifty-seven seats won in 2010, only eight remained. The Lib Dems vote plummeted from 6.8m in 2010 to barely 2.4m in 2015. One of the constituencies the party managed to keep was the former deputy prime minister’s own Sheffield Hallam. As such – and possibly as a form of penance – Nick Clegg kept his seat in parliament.

The Tory victory now offers David Cameron a clear mandate to continue his austerity drive. No longer in need of a messy coalition, the Tories dutifully patted Mr Clegg on the head for being such a good sport. The few articles in the media defending the Lib Dems were in a similar vein: sacrificing himself for the good of the economy and putting the country before party. Mr Clegg is widely considered a nice chap.

These are attributes a politician could do without as some former supporters scream traitor and sell-out. Mr Clegg’s record is in no need of such faux-magnanimity emanating from the right: whether or not his disgruntled supporters realise it, Mr Clegg’s accomplishments are worthy of sincere praise.

By going into government with the Tories – the first coalition since World War II – Nick Clegg brought his party into power for the first time in its history. He proved that Liberal Democrats are indeed a party capable of governing, implementing policies, and assuming the responsibility that comes with it – and not a wishy-washy party of well-meaning fence sitters. They may have appreciated the anti-establishment bent Mr Clegg presented during the election campaign, being the firmly established third party of UK politics. However, the Lib Dems are not merely a protest party. If compromise is the price of actually affecting policy, then it is worthwhile to pay.

This brings the elephant – or 800lbs gorilla – in the room into view: tuition fees. The Lib Dems pledged to cap these but had to backtrack – the price of admittance to government. The party ended up signing off on a hike that saw tuition fees skyrocket by up to 200%. The Lib Dems were allowed a single fig leaf in the form of a raised income level beyond which repayment is triggered.

This constituted an unmitigated disaster and Mr Clegg and his party were correctly held accountable for breaking an important campaign promise. Following the coalition’s formation, support for the Lib Dems dropped slightly, only to nosedive after the tuition fee debacle. The party would not see disenchanted voters return to its fold.

But is this really fair? After the 2010 election, the Lib Dems had nowhere near the majority needed to fully implement all espoused policies. Such is the fate of smaller parties. Would a minority Tory government have fared any better? Or for that matter, what could have been expected of a Labour government? After all, it was Labour that introduced tuition fees to begin with. An inconvenient truth.

It is easy to cherish ideals if they are never put to the test. Labelling compromise as betrayal reveals a preference for keeping ideals safely seated on their lofty perch: pretty but pretty useless as well. However, many Britons have a hard time understanding the compromise needed for government by coalition to work.

Nick Clegg took a minority party and still managed to affect policy according to his party’s principles of social liberalism and economic centrism. In coalition, the Lib Dems secured a raise of the income tax threshold to £10,000, fulfilled their promise to end child migrant detention, and raised inheritance tax on estates over one million pounds.

More importantly, the Libs Dems managed to block a number of Tory legislative initiatives such as the Communications Data Bill commonly known as the Snoopers’ Charter. This bill would have greatly increased the government’s power to collect and store electronic data generated by its citizens. The Lib Dems also restrained their coalition partner when perhaps overly excited Tories attempted to repeal the Human Rights Act. Such a move would have effectively terminated the UK’s adherence to the European Convention on Human Rights and with it the right to appeal at European level.

Now unencumbered in government, the Tories have placed both initiatives back on the legislative agenda. They are now also free to slash and hack away at the budget without any restraints on their austerity impulses. As a result, welfare programmes are expected to be reduced by at least £12bn as the poor are again being punished for their supposed failings.

During the campaign, Mr Clegg put forth his vision of the liberal democrats: the head of a Labour coalition or the heart in one with the Tories. His track record, for all the let-downs, bears that out. History can wait: the voters will undoubtedly come to judge Mr Clegg more kindly. Over the next few years that heart will surely become sorely missed.