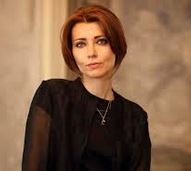 Born in 1971 to a diplomat mother and philosopher father, Elif Shafak was destined for intellectual greatness. She did not fail to heed the call and today is Turkey’s most widely read and celebrated female author with thirteen books to her name. She is also one of the country’s most outspoken voices on feminism, cosmopolitanism, and politics.

With over 1.6 million followers on the microblogging network Twitter, Mrs Shafak’s word carries considerable weight. Her essays appear regularly in some of the world’s most prestigious newspapers such as The Guardian and The New York Times. Writing in response to repression of the protests following last May’s mining disaster, Mrs Shafak focused on the odd behaviour of Prime-Minister Recep Erdoğan who allegedly warned the discontents that “if you boo me, you get a slap.” Mr Erdoğan then went on to slap one of the protesters who had found refuge from the tumult in a grocery store. An aide to the prime-minister, aiming to oblige, went a step further and was caught on camera kicking a man being held to the ground by two burly police officers. The next day, this aide was sent on sick leave for injuries to his kicking foot.

“Had this happened in another country, the entire government would be shaken to the core. Not in Turkey where the state has all the power and citizens do not. We as a nation are used to being slapped by those in positions of higher authority. In family, in school, in the army, in the street, in the supermarket … the slap is everywhere.”

Mrs Shafak is also mildly critical of the increased polarisation of Turkish society. The female body is all too often the battleground of choice for moralising politicians and administrators. Even in cosmopolitan Istanbul, the city Elif Shafak freely draws her literary inspiration from, advertising billboards displaying moderate amounts of female skin are regularly painted over. Off the record, municipal censors admit to cropping the legs of models in order to meet the unwritten but strict standards of the city’s administration. “Today, men of all political persuasions feel free to lecture women on how to dress and how to live.”

The changing face of political and societal values does not discourage Mrs Shafak in the least: She remains firmly committed to Istanbul as a concept, not just a city straddling the divide between The East and The West. In a recent essay for Time Magazine she concluded: “East and West do mix. In a city like Istanbul they mix intensely, incessantly, amazingly. One should be cautious when using categories to talk about Istanbul. If there is one thing this city doesn’t like, it is clichés.”

In her 2012 novel The Forty Rules of Love, Elif Shafak explores the universal desire for intimacy – with other human beings as well as with the divine. The book is a modern-day fable that toggles between the lives of an American housewife and a 13th century poet and lays bare the struggle for supremacy between the rational mind and the passionate heart. The book sold over a million copies worldwide and was translated into forty languages.

Penning her books in both English and her native Turkish, Mrs Shafak divides her time between the world’s great cities. When not exploring the backstreets of Istanbul, she is likely to be found in Boston, London, or Amsterdam thriving on the multiculturalism that powers the world’s most dynamic societies.