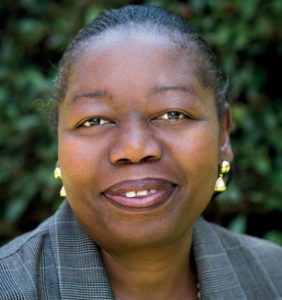 African Risk Capacity Insurance Company Limited appointed a new chief executive officer in September 2016 to lead the insurance mutual in its next phase of growth across Africa.

“I am both honoured and proud to steer alongside Ngozi Okonjo-Iweala and Lars Thunell, the co-chairs of ARC and known game-changers in the drive for a better Africa for all,” says Dolika Banda of the opportunity to lead ARC.

Ms Banda, a well-known Zambian in the world of development and finance, was chosen for the role due to her 25 years of international banking and financial management experience and her extensive work on economic development in Sub-Saharan Africa, for which Ms. Banda has a strong passion.

She began her career in the Zambian banking sector, holding senior positions at Barclays and Citibank. She then relocated to Washington DC to take up a position with the World Bank Group’s International Finance Corporation (IFC) where she would continue working for more than sixteen years within the financial markets, credit, accounting, and treasury departments. Quickly climbing the ranks within the institution, Ms Banda become regional director of Financial Markets, managing activities across Sub-Saharan Africa as well as Latin America and the Caribbean.

“But after many years working across the globe, Africa was beckoning and I decided to return. If you are not part of the solution, you are part of the problem. Every time I was on African soil, I yearned to be part of the solution. There is so much to do for so many on this continent and yet such few capable hands with which to get the job done.”

In 2013, Ms Banda moved back to Zambia to begin a new chapter of her life, speaking out on financial inclusion, broad-based mentoring, and the need for public and private sector leadership that embraces vision, strategy, preservation, and integrity at the national level. In addition to a short contract as regional director for Africa at the UK’s Commonwealth Development Corporation (CDC), she joined the boards of several African and development-focused companies such as Ecobank Transnational Incorporated, Harith General Partners, and the UK DFID’s Financial Sector Deepening Africa and Zambia.

It was in 2016 that Ms Banda was head-hunted to lead ARC, an insurance mutual which provides parametric disaster insurance to African governments in coordination with ARC Agency, a specialised agency of the African Union.
Since joining ARC, Ms Banda has been driving its transition from start-up to fully-fledged institution, collaborating with ARC Agency to establish the group’s next growth phase. Her first months at ARC have been challenging, requiring high level marketing of the organisation and a whirlwind tour of its member states as well as long-term strategizing on optimising the company’s impact on the continent.

“I want to acknowledge my colleagues, Mohamed Beavogui and Simon Young who have been critical to driving ARC, and to thank BMZ through KfW, UK’s DFID, and the African member states for taking up the mantle to support.”

“I am confident that together we will achieve our goal of expanding ARC across the continent, with the aim of efficiently managing $2bn in climate risk by 2020 and protecting more than 150 million vulnerable people.”
Ms Banda has risen to this challenge and is already making in-roads to cement ARC as a critical tool in Africa’s management of disaster risk. Her natural leadership skills, deep understanding of the continent and passion for its development have made her a vital asset to ARC and the realisation of its goal of growing its membership to cover as many countries as possible with disaster risk thus helping vulnerable Africans to quickly rebound after disaster has struck.

Asked to share her vision, Ms Banda does not hesitate to respond: “I do not have the luxury of choice. ARC embodies all that I have been speaking out on regarding the continent’s growth and long-term survival: a public-private partnership focused on vision, strategy, and integrity aimed at facilitating economic development in Africa and empowering African governments to proactively protect our population and our natural beauty. In the words of Keats, the poetry of earth is never dead.”