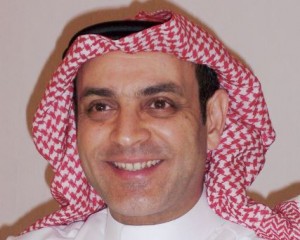 Jamal Malaikah is the President and Chief Operating Officer of the National Petrochemical Industrial Company (NATPET). Mr Malaikah holds a Bachelor of Science in Industrial Management with a major in Business Economics from the King Fahad University of Petroleum and Minerals.

Mr Malaikah has held various senior management positions in the petrochemical industrial sector. He commands a vast experience across a wide professional field gained while working at major international companies such as Co Pak (Egypt) and the Saudi Carton Company, a subsidiary of Savola and Xenel Industries Ltd.

Prior to the current role, Mr Malaikah was the vice-president of marketing and sales at NATPET. Since then, he has been instrumental in shaping the organisation into one that has reached many milestones and is now operating a petrochemical complex in Yanbu, Saudi Arabia, to produce 400,000 MT per year of propylene and polypropylene.

Under his leadership, NATPET secured the runner-up position for Kingdom’s highly prestigious King Khalid Saudi Responsible Competitiveness Award. It has held this place for four consecutive years (2010-2013) in recognition of leadership, effective management, creative teamwork, and the ability to build social and environmental considerations into all the company’s operations.

Mr Malaikah can be said to possess a “global” mind set, which has accredited NATPET with numerous accolades across various platforms. He has a global acumen blended with well-entrenched local values; his understanding of international markets has consistently kept NATPET a step ahead.

Mr Malaikah is exceedingly careful in choosing and cultivating NATPET’s human capital and has transformed the company into a highly successful sustainable organisation provided with a well-balanced and competent team of motivated employees. Mr Malaikah leads by example and attaches great importance to the conduct of business by strict ethical standards. He considers this to be essential to the lasting success of any business venture and insists on following the highest ethical workplace practices.
Mr Malaikah’s openness has transformed the organisation’s working environment into a place where employees enjoy contributing to the overall success of NATPET. His unrelenting commitment to excellence and his dedication to the further improvement of overall performance are recognised by ISO and other certifications that NATPET has received.

Mr Malaikah is director of the board of the Al Ahli Takaful Company – a Saudi public company since 2013 – and sits on the Petrochemical Manufacturers Committee (PMC) since 2011.