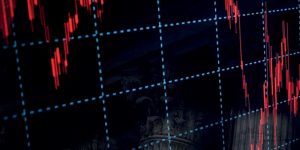 For the past two years, the global economy has been growing, but it has swung between periods of rapid expansion and deceleration. During this period, two episodes in particular, caused US and global equity prices to fall by about 10%. Is a pattern emerging or is a fitful global recovery set to stabilise?

The first episode came in August/September 2015 when many observers feared that China’s economy could be headed for a hard landing. The second episode, in January/February 2016, also stemmed from concerns about China, but investors were also increasingly worried about stalling US growth, collapsing oil and commodity prices, rapid interest-rate hikes by the US Federal Reserve, and unconventional negative-rate monetary policies in Europe and Japan.

Each deceleration episode lasted for about two months, at which point the correction in equity prices began to reverse. Investors’ fears were not borne out, and central banks began to ease their monetary policies, or, in the case of the Fed, put rate hikes on hold.

As a third example, one could cite the period following the United Kingdom’s Brexit referendum in June 2016. However, that episode was more short-lived and did not cause a global slowdown, owing to the small size of the UK economy and monetary easing at the time. In fact, in the months before US President Donald Trump’s election last November, the global economy actually entered a new period of expansion – albeit one in which advanced and emerging-market economies’ potential growth remained low.

“But Trump is not the only global risk. China has resorted to a fresh round of credit-fuelled fixed investment to stabilise its growth rate.”

We may still be living in what the International Monetary Fund calls the “new mediocre” – or what the Chinese name the “new normal” – of low potential growth. And yet economic activity has started to pick up in the US, Europe and the Eurozone, Japan, and key emerging markets.

Owing to new stimulus measures, China’s growth rate has stabilised. Emerging markets such as India, other Asian countries, and even Russia and Brazil – which experienced recessions between 2014 and 2016 – are all doing better. So, even before the US presidential election had inspired “Trump trades”, a “reflation trade” had signalled a new phase of modest global expansion.

Recent economic data from around the world suggest that growth could now accelerate. And yet one cannot rule out the possibility that the current expansion will turn into another global slowdown – if not an outright stall – if some downside risks materialise.

For example, markets have clearly been too bullish on Trump. The US president will not be able to pass any of the radical growth policies he has proposed. Any policy changes that he does make will have a limited impact. Contrary to what the administration’s budget projections claim, annual economic growth in the US has almost no chance of accelerating from 2% to 3%.

At the same time, markets have underestimated the risks of Trump’s policy proposals. For example, the administration could still pursue protectionist measures that would precipitate a trade war, and it has already imposed migration restrictions that will likely reduce growth, by eroding the labour supply.

Moreover, President Trump might continue to engage in corporatist micromanagement, which would disrupt the private sector’s investment, employment, production, and pricing decisions. His fiscal-policy proposals would provide excessive stimulus to an economy that is already close to full employment. This would force the Fed to raise interest rates even faster, which would derail the US’ recovery, by increasing long-term borrowing costs and strengthening the dollar.

Indeed, Trump has introduced such profound fiscal uncertainty that the Fed could make a mistake in its own policymaking. If it does not increase rates fast enough, inflation might balloon out of control. The Fed would then have to hike rates rapidly to catch up at the risk of triggering a recession. A related risk is that increasing rates too slowly could lead to an asset-price bubble and all the dangers – frozen credit markets, soaring unemployment, plummeting consumption, and more – implied by its inevitable deflation.

The current Fed chairperson, Janet Yellen, is unlikely to make a mistake. But over the course of the next year, Trump will have the option of appointing five, and possibly six, new members to the Fed’s seven-member Board of Governors. If he chooses poorly, the risk of serious policy errors will increase substantially.

But Trump is not the only global risk. China has resorted to a fresh round of credit-fuelled fixed investment to stabilise its growth rate. That means that it will have to deal with more toxic assets, debt, leverage, and overcapacity in the medium term. And because growth and economic stability will top the agenda at the Chinese Communist Party’s National Congress later this year, discussions on how to rebalance growth and implement structural reforms will take a back seat. But if China does not jumpstarts structural reforms and contains its debt explosion by next year, the risk of a hard landing will return.

Elsewhere, the recent Dutch and French election results (and favourable expectations for the German election this September) have reduced the risk that populists will come to power in Europe. But the EU and Eurozone are still in an economic slough. Market fears of a disintegrating Eurozone will return if the euro-sceptic Five Star Movement comes to power in Italy’s next election, which could be held early this fall.

Next year, a more robust and persistent global recovery will depend largely on whether policymakers avoid mistakes that could derail it. At least we know where those mistakes are most likely to be made. i

Nouriel Roubini, a professor at NYU’s Stern School of Business and CEO of Roubini Macro Associates, was senior economist for International Affairs on the White House’s Council of Economic Advisers during the Clinton Administration. He has worked for the International Monetary Fund, the US Federal Reserve, and the World Bank.