Narendra Modi: Giving India Its Due 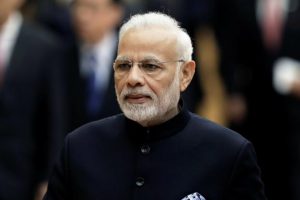 He definitely is the man of the moment. The establishment may disagree, but Prime Minister Narendra Modi of India sprang a surprise on his political opponents who had earlier dismissed him as a knee-jerk populist, peddling simplistic solutions to complex problems. Instead, Mr Modi proved a man of his word and managed to dramatically raise his country’s formerly modest profile on the global stage. During the 2014 election campaign, Mr Modi promised an Indian revival. He is well on his way to delivering just that.

The prime minister not only outsmarted the opposition; he also put the world’s sixth-largest economy on a sound footing, slashing the budget deficit to just 0.2% of GDP and consistently delivering strong growth. India’s economy now outpaces China’s, registering a 7.2% expansion of GDP in Q3 2017. Both the World Bank and the International Monetary Fund (IMF) expect India to remain the world’s fastest-growing major economy for the foreseeable future, displacing France (No5) as early as next year and Germany (No4) by the mid-2020s.

Narendra Modi is, arguably, the first Indian prime minister to have an excellent grasp of global power politics: he successfully deployed his country’s size to get a seat at the top table. The son of a humble green grocer, Mr Modi knows what it takes to forge ahead and burst through social and political barriers. He is not at all intimidated by power and will not play second fiddle to anyone’s tune.

The Indians, most of them anyway, absolutely love his every move. Three years into his mandate, Mr Modi boasts an almost unheard-of approval rating of 88%. Small wonder: though it experienced a rocky start, the Modi Administration has now shown to be exceptionally capable of managing the country’s accelerated development whilst rebalancing public finances.

As a result, India now ranks alongside China in the top ten of AT Kearney’s Foreign Direct Investment Confidence Index. India is, in fact, the only country with a per capita GDP of $5,000 or less to be included in the ranking. Though foreign investors find the country “chaotic”, they also perceive India as highly competitive and dynamic. Last year, India received almost $45bn in direct foreign investment (FDI) and is on track for a repeat performance in 2018 – all the more remarkable as the era of cheap money nears its end and the clamour for yield dissipates.

Challenges, however, remain. The growth of the country’s manufacturing sector, currently representing 18% of GDP, trails that of the overall economy, possibly derailing the government’s plan to boost its participation to 25% of national income. All the administrative reforms notwithstanding, India’s long-standing love affair with bureaucracy has so far not abated noticeably. Though introduction of a unified general sales tax was meant to streamline procedures, most businesses report that the complexity of the country’s fiscal system seems to have actually increased since 2014. According to global business consultancy Deloitte, India has the third-most complex fiscal regime in the Asia-Pacific Region, only slightly less bewildering than Vietnam’s and China’s.

Aware of the issue and undoubtedly working towards a solution, Prime Minister Modi is well aware of India’s unequalled potential as an economic powerhouse – held back for decades on end by policies that discouraged outside investment and cross border trade. A political innovator, if not a disruptor, par excellence, Narendra Modi aims to put paid to the notion that his country is merely a gentle, but not particularly efficient or attractive, giant. He may need a second term in office to finish the job and is highly likely to obtain the voters’ consent to do so. Meanwhile, the Modi Administration continues its efforts to transform India into one of the anchors of the global economy. Talks have just resumed on a far-reaching free trade agreement with the European Union. Earlier attempts foundered on British objections to Indian demands for a more relaxed visa policy. Now that the UK has decided to leave the EU, negotiators in Brussels and New Delhi are optimistic that a free trade agreement is well within reach.