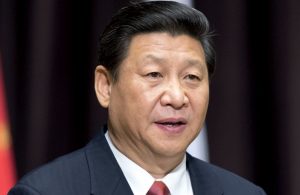 Last month, Chinese President Xi Jinping presided over a heavily orchestrated Belt and Road forum in Beijing. The two-day event attracted 29 heads of state, including Russia’s Vladimir Putin, and 1,200 delegates from over 100 countries. Xi called China’s Belt and Road Initiative (BRI) the “project of the century.” The 65 countries involved comprise two-thirds of the world’s land mass and include some four and a half billion people.

Originally announced in 2013, Xi’s plan to integrate Eurasia through a trillion dollars of investment in infrastructure stretching from China to Europe, with extensions to Southeast Asia and East Africa, has been termed China’s new Marshall Plan as well as its bid for a grand strategy. Some observers also saw the Forum as part of Xi’s effort to fill the vacuum left by Donald Trump’s abandonment of Barack Obama’s Trans-Pacific Partnership trade agreement.

China’s ambitious initiative would provide badly needed highways, rail lines, pipelines, ports, and power plants in poor countries. It would also encourage Chinese firms to increase their investments in European ports and railways. The “belt” would include a massive network of highways and rail links through Central Asia, and the “road” refers to a series of maritime routes and ports between Asia and Europe.

Marco Polo would be proud. And if China chooses to use its surplus financial reserves to create infrastructure that helps poor countries and enhances international trade, it will be providing what can be seen as a global public good.

But is the BRI more public relations smoke than investment fire? According to the Financial Times, investment in Xi’s initiative declined last year, raising doubts about whether commercial enterprises are as committed as the government. Five trains full of cargo leave Chongqing for Germany every week, but only one full train returns.

Shipping goods overland from China to Europe is still twice as expensive as trade by sea. As the FT puts it, the BRI is “unfortunately less of a practical plan for investment than a broad political vision.” Moreover, there is a danger of debt and unpaid loans from projects that turn out to be economic white elephants, and security conflicts could bedevil projects that cross so many sovereign borders. India is not happy to see a greater Chinese presence in the Indian Ocean, and Russia, Turkey, and Iran have their own agendas in Central Asia.

Xi’s vision is impressive, but will it succeed as a grand strategy? China is betting on an old geopolitical proposition. A century ago, the British geopolitical theorist Halford Mackinder argued that whoever controlled the world island of Eurasia would control the world. American strategy, in contrast, has long favoured the geopolitical insights of the nineteenth-century admiral Alfred Mahan, who emphasized sea power and the rimlands.

At World War II’s end, George F Kennan adapted Mahan’s approach to develop his Cold War strategy of containment of the Soviet Union, arguing that if the US allied with the islands of Britain and Japan and the peninsula of Western Europe at the two ends of Eurasia, the US could create a balance of global power that would be favourable to American interests. The Pentagon and State Department are still organised along these lines, with scant attention paid to Central Asia.

Much has changed in the age of the Internet, but geography still matters, despite the alleged death of distance. In the nineteenth century, much of geopolitical rivalry revolved around the Eastern Question of who would control the area ruled by the crumbling Ottoman Empire. Infrastructure projects like the Berlin to Baghdad railway roused tensions among the Great Powers. Will those geopolitical struggles now be replaced by the Eurasian Question?

With the BRI, China is betting on Mackinder and Marco Polo. But the overland route through Central Asia will revive the nineteenth-century Great Game for influence that embroiled Britain and Russia, as well as former empires like Turkey and Iran. At the same time, the maritime road through the Indian Ocean accentuates China’s already fraught rivalry with India, with tensions building over Chinese ports and roads through Pakistan.

The US is betting more on Mahan and Kennan. Asia has its own balance of power, and neither India nor Japan nor Vietnam want Chinese domination. They see America as part of the solution. American policy is not containment of China – witness the massive flows of trade and students between the countries. But as China, enthralled by a vision of national greatness, engages in territorial disputes with its maritime neighbours, it tends to drive them into America’s arms.

Indeed, China’s real problem is self-containment. Even in the age of the internet and social media, nationalism remains a most powerful force.

Overall, the United States should welcome China’s BRI. As Robert Zoellick, a former US Trade Representative and World Bank president, has argued, if a rising China contributes to the provision of global public goods, the US should encourage the Chinese to become a responsible stakeholder. Moreover, there can be opportunities for American companies to benefit from BRI investments.

The US and China have much to gain from cooperation on a variety of transnational issues like monetary stability, climate change, cyber rules of the road, and anti-terrorism. And while the BRI will provide China with geopolitical gains as well as costs, it is unlikely to be as much of a game changer in grand strategy, as some analysts believe. A more difficult question is whether the US can live up to its part.

Joseph S Nye Jr, a former US assistant secretary of defence and chairman of the US National Intelligence Council, is a professor at Harvard University. He is the author of Is the American Century Over?