Behind the Scenes, Berlin and Beijing Are Forging a New World Order 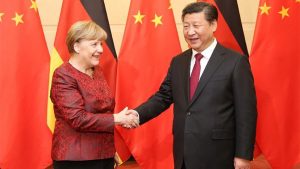 Geopolitics are on the move with a possibly violent upheaval in the offing. Earlier this month, at the World Economic Forum in Davos, President Xi Jinping of China donned the mantle of globalism – promising to carry the torch about to be dropped by the United States. Whilst President Jinping seems an unlikely advocate of global free trade, his words caused an impact that is only now becoming clear.

Concerned about the effects on German industry of the protectionist mood taking hold in the White House, German Chancellor Angela Merkel last Wednesday called Chinese Prime Minister Li Keqiang on the phone to suggest joint action to confront the “elements of uncertainty” rocking the global economy. Chancellor Merkel was unusually frank: “China and Germany should send signals of stability to the global markets and safeguard the international system together via the liberalisation of trade and investment.” The Chinese are listening: a Berlin-Beijing pact (axis?) is in the making.

German Foreign Minister Sigmar Gabriel confirmed that his country, and the wider European Union, is looking to hedge its exposure to nascent US mercantilism by turning to Asia in general and China in particular: “Europe should quickly begin working on a new Asian strategy and take advantage of the space that America is freeing up.” Referring to the restrictions faced by German investors in China, Mr Gabriel admitted that China “isn’t yet ready to be an equal partner.” However, the minister also signalled that if the Chinese improve access to their markets, Germany is ready to strike a deal. An aide to Mr Gabriel put it more succinctly: “President Jinping’s speech in Davos made it perfectly clear that the Chinese are ready to do business. We will take him at his word.”

“China and Germany should send signals of stability to the global markets and safeguard the international system together via the liberalisation of trade and investment.”

That, in any case, seems a safer bet than to try and sway the Trump Administration. Whilst the US president has thus far not targeted Germany, directing his angry tweets to Mexico and China instead, economist Carl Christian von Weizsäcker of the Max Planck Institute in Berlin thinks it is only a matter of time before President Trump unleashes his ire on the Germans. Mr Weizsäcker has urged the government to take pre-emptive action by reducing the country’s massive current account surplus and thus lower Germany’s profile. To accomplish this, Mr Weizsäcker proposes measures to increase domestic consumption such as lowering – aggressively – value added taxes: “This current account balance brake would be a strong weapon to use against newly growing protectionism that represents a threat to Germany’s prosperity.”

With an end to globalisation already in sight, the surplus is expected to shrink significantly in any case. In a recently published report, economists at Credit Suisse conclude that “globalisation has now come to an end and is slowly being replaced by a world where very distinct poles are forming – economically, socially, ethically, and politically.” Professor Thomas Straubhaar of the Economic Department of the University of Hamburg – home to the Wirtschaftswunder – agrees: “At the moment, globalisation is crumbling with a reordering of the global division of labour. Germany and Europe need to find their place in this new order.”

In Berlin, developments are met with disbelief and, increasingly, with a determination to find new markets and partners. Considered the litmus test of the Trump Administration’s trade policy, events surrounding the North American Free Trade Agreement (NAFTA) are closely watched. The 1994 deal, known to represent one of President Trump’s many bugbears, has lowered or eliminated both tariff and regulatory barriers between the United States, Canada, and Mexico. For now, conventional wisdom has it that the new US administration will shy away from tearing up the agreement as it would severely disrupt US business and cause crucial supply chains to break.

However, conventional wisdom is not what it used to be and, in the case of Mr Trump, has thus far proven wrong time and again. Car manufacturer BMW already had a brush with the new administration when it pressed ahead with plans to build a $1bn facility in San Luis Potosí to produce its Series 3 sedans. President Trump cautioned BMW not to waste its time and money building a plant in Mexico to sell cars in the US without facing a 35% import tax: “It’s not gonna happen.”

The Munich automaker remains unfazed and said – twice in a week – that it will build the plant regardless of what President Trump says and plans to export its Mexican-made cars the world over. BMW management also reminded the administration that the company’s largest facility is located in Spartanburg, South Carolina, where over 8,800 workers last year assembled more than 400,000 X Series crossover vehicles of which 70% were exported. In fact, BMW is the largest exporter of cars in the United States.

Contrary to American car manufacturers such as Ford and General Motors, German carmakers experience little trouble finding eager buyers and are not likely to be easily intimidated by angry tweets emanating from the White House. Not so Ford, which two weeks ago pulled the plug on a $1.6bn plant in Mexico, deciding to expand its production capacity in Michigan instead.

Germany, flush with cash and not lacking self-confidence as its resilient economy rides high, considers moving closer to Asia and, perhaps, guide Europe towards replacing the Americans after they abruptly cancelled the Trans-Pacific Partnership (TPP), leaving their allies in the lurch – and, crucially, leaving a vacuum that will be filled either by China or Europe, or possibly both. The government in Berlin is anxious to explore the possibilities and to speed up the European Union’s own free trade agreements currently in the making – some sixty as of last count.

European Trade Commissioner Cecilia Malmström, unusually combative, on Tuesday said: “Trump or no Trump, we have a long list of countries willing to deal with the EU.” First in line is Japan, the world’s third largest economy, with Prime Minister Shinzo Abe arriving next March in Brussels for talks on a deal that has been in the pipeline since 2013. A treaty with Vietnam has already been completed and is in line for fast-track ratification whilst Mexico has been offered a new and comprehensive FTA. A delegation from the European Parliament, enhanced with heavy-weight commissioners, is set to go on a tour (roadshow?) of Latin America in order to present the EU – the world’s largest market even after the UK has exited – as a valid alternative to the United States. 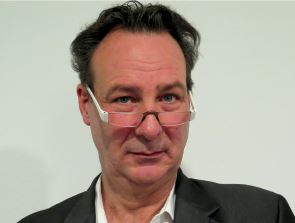 “An entirely new dynamic in the negotiations can suddenly be felt,” says Bernd Lange, head of the International Trade Committee in Brussels. In fact, Washington’s turn inwards – and President Trump’s well-advertised dislike of the EU – can provide the catalyst that the now moribund European project needs to rediscover its self-worth. Professor Straubhaar: “Moreover, we do not necessarily need to revamp our entire business model since 56% of German exports still go to our oldest and closest partners: France, The Netherlands, Austria, and Italy.” The economist thinks Germany – and Europe – need to get their priorities straight: “Even more than before, we are dependent on a prosperous Europe. The internal market is more important than ever before and this is why, in the face of Brexit and the Trump White House, we need to safeguard that market – protect it from assailants and broaden it to fill the space left by a US administration retreating from the world stage.”