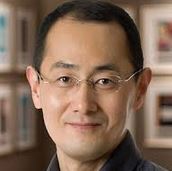 Professor Shinya Yamanaka of Kyoto University is in the business of time travel. He discovered that fully mature cells can be induced to revert to their earlier pluripotent state. Such a pluripotent cell has yet to develop into one of the three germ layers. Prior to Prof Yamanaka’s discovery it was thought that stem cell differentiation was a one-way continuum.

What Prof Yamanaka (51) found is that a cell may be reprogrammed to an earlier state in its development and assigned to generate any of the cell lineages in the body. The practical implications of this are manifold. Using the Prof Yamanaka’s techniques, scientists at the Joslin Diabetes Centre in the US earlier this year created the first human cells that offer insulin resistance. This could eventually help cure people suffering from diabetes type 2.

Prof Yamanaka’s work has other uses as well. Easily obtainable skin cells may be brought back to their pluripotent (stem cell) state and from there coaxed to become brain cells. Applying this procedure to the skin cells of, say, an autistic child allows scientists an opportunity, not previously available, to study the patient’s brain cells for clues to his/her condition and possible chemical fixes.

In 2012, Prof Yamanaka was awarded the Nobel Prize in Physiology or Medicine together with the British developmental biologist Sir John Bertrand Gurdon for their ground breaking work on transforming mature cells into stem cells.

As often happens with exceptionally gifted people, Prof Yamanaka answered his scientific calling in a roundabout way. After receiving his medical degree from Osaka Kyoiku University in 1987, Shinya Yamanaka found work as a resident orthopaedic surgeon. Though he stuck it out for two years, surgery was most certainly not “his thing” and colleagues soon christened him Dr Jamanaka – “Dr Obtsacle”.

However, Prof Yamanaka truly came into his own at the Nara Institute of Science and Technology where he won a research position by bluntly stating to the hiring panel that he would clarify the characteristics of embryonic stem cells. This he of course proceeded to do, landing him a Nobel Prize, besides many other awards, in the process.

Prof Yamanaka currently heads the Centre for iPS Cell Research and Application at Kyoto University – one of the world’s most renowned scientific research institutions. Since his discovery of induced stem cells in 2006, an entire new field in medical research has come into being with scientists the world over working to find and map the true potential of cell manipulation.

Scientists have now found shortcuts that allow for cell transformation skipping the stem cell state. They have also improved the delivery mechanism of pluripotency factors, increasing the overall efficiency of the process. Research is now focused on ensuring patient safety and reducing the risk of cell mutation and other genomic abnormalities.