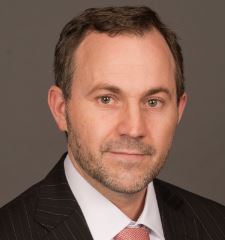 Financial exclusion restricts economic opportunity and constrains poverty reduction. Yet today there are an estimated 2.5 billion adult people worldwide who go about their lives without any formal financial services such as bank accounts. According to the World Bank’s Global Findex Survey, almost 80 percent of those living on incomes of less than $2 per day are financially excluded. Low-income households and women are disproportionately affected, which further holds back poverty reduction and ultimately limits economic growth.

The aspiration of universal financial inclusion is increasingly prominent on the global economic agenda in recognition of its importance. More than fifty countries have set national targets to expand financial inclusion. Innovative models to extend financial access have generated a buzz around transformational business models. Examples of these models include China’s Alibaba which focuses on SME finance and is based on ‘big data’ and supply-chain relationships; and, M-Pesa and Equity Bank in Kenya. The former processes payments through mobile phones while the latter welcomes low-income clients through alternative delivery mechanisms.

World Bank Group President Jim Yong Kim has laid down a marker in terms of vision, stating that universal financial access should be achievable by 2020. At the World Bank-IMF Annual Meetings this year, he made the case that “universal access to financial services is within reach – thanks to new technologies, the use of ‘big data’ transformative business models and ambitious reforms.” He noted that “as early as 2020, such instruments as mobile wallets and other e-money accounts, along with debit cards and low-cost regular bank accounts can significantly increase financial access for those who are now excluded.”

The initial point of entry to financial access for many low-income households is the receipt of wages, benefits or remittances as an electronic payment credited to a card (which may or may not be linked to a bank account), mobile wallet or any other form of e-money account, or to a regular bank account.

The growth of electronic payment products – which can be used through the expanding networks of relatively low-cost access points such as ATMs, point of sale terminals, non-bank correspondent agents and mobile phones – is therefore significantly expanding financial access. World Bank data show that these transaction instruments are generally growing faster than deposit accounts at commercial banks. In those countries home to the vast majority of the unbanked, payment cards are growing every year at more than twice the rate as regular bank accounts do.

Bank Accounts as a Gateway to Financial Inclusion

An important next step toward financial inclusion is a savings or checking account at a regulated financial institution, such as a bank or credit union. This can open up access to savings (which evidence shows is directly linked to poverty reduction), credit, and insurance (to buffer the poor against the risks of sickness and catastrophic events) – thus reaching far beyond transactions and payments processing only.

The commitments to ambitious reforms made by more than fifty countries to expand financial inclusion can accelerate the expansion of access to such regulated accounts. Barriers that limit the power of investment, technology and innovation to reach the unbanked with financial services can thus be dismantled.

Government actions – such as shifting government-to-person (G2P) payments from cash to electronic methods and depositing these payments directly into accounts – can help kick start the design and rollout of new business models and products. For example, India is in the process of building an entire platform for payments around its new biometric-based national identity program. This promises to offer huge cost savings and allows for shifting payments to electronic transfers directly into accounts.

Bank accounts with lower entry requirements, fewer fees and a streamlined product offering can enable many more low-income individuals to open and benefit from regulated deposits, as well as payments and transaction services, and potentially also credit and insurance. Countries such as Brazil, South Africa and the United Kingdom have introduced such accounts in order to open up access to the unbanked. Many other countries are now following suit.

The Economics of Accounts for Low-Income Consumers

Data is increasingly available to assess the business case for serving low-income households and microenterprises, and to develop accounts and other financial products for that un-served, or under-served, demographic. This includes information on price and fee sensitivity, available cash flows, and the relative viability of delivery models. Such data has been developed by the World Bank, the World Savings Bank Institute (WSBI), the Bill & Melinda Gates Foundation and others.

The WSBI’s Doubling Savings Accounts Programme, funded by the Bill & Melinda Gates Foundation, has supported low-income account pilots through savings and postal banks in ten countries since 2009. The findings from these ongoing pilots offer valuable insights into the economics of low-income bank accounts. The pilots have demonstrated that making the products work for banks may be as important as designing products that appeal to the unbanked and low-income target groups[1]. The three main lessons learned are:

What Is Needed to Bring the Private Sector Fully on Board?

If banks and other financial institutions see financial inclusion reforms and other public-sector actions as out of step with their market realities – or if they view targets and strategies as a top-down imposition to be avoided or managed – then the potential impact of these actions will be watered down. Serving low-income households profitably is challenging, as the WSBI pilots illustrate.

Well-intended initiatives by policymakers often fall short of achieving their potentially transformational impact. For example, introducing basic – i.e. simplified and accessible – bank accounts, or opening new accounts for recipients of benefits, has in many cases not yet had the intended boost to financial inclusion. Many of those accounts remain under-used. Only about one in five (22 percent) of accounts in low- and middle-income countries are used frequently (more than three times a month for withdrawals), compared to 72 percent of accounts in high-income countries, according to the Global Findex Survey.

To address this challenge of dormancy or under-use of accounts, account-related costs need to be made affordable, financial awareness levels may need to increase, and access to accounts needs to be made as convenient as possible, as the WSBI pilots also indicate. Low levels of usage and limited uptake by consumers can be linked to financial institutions often not viewing new, lower-income consumers as an attractive business proposition, and therefore not developing sufficiently attractive and tailored products for them. Low uptake may also be due to account-design parameters being too strict and inflexible, if regulators have intervened to set or control those parameters.

Financial-service providers such as banks, credit unions and (where permitted) telecom companies therefore need to be engaged in informing and taking shared ownership of financial inclusion targets and strategic priorities. The momentum in many emerging markets to quickly draft and launch financial inclusion strategies with top-down targets may need to be adjusted, and processes may even need to be re-started, if the prize for doing so is private sector buy-in and a better likelihood that targets will be achieved and surpassed.

Douglas Pearce is the manager of the Financial Inclusion & Infrastructure Practice at the World Bank. He previously served at DFID, the United Kingdom’s development agency, as the leader of the financial sector team and deputy head of the Growth and Investment Group. Here he also chaired the Steering Committee of the Financial Reform and Strengthening Initiative (FIRST). Prior to that, Mr Pearce served as a senior financial sector specialist at the Consultative Group to Assist the Poor (CGAP), and set up and managed a microfinance institution, among other roles. Sarah Fathallah and Christopher Colford, both of the World Bank, contributed to this article.

[1] WSBI Note: 18 Months after the launch of the “Doubling savings accounts” project: What lessons have we learned[1]? March 2011.