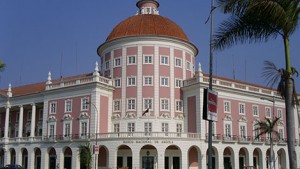 January 12, 2016, Luanda, Angola: The National Bank of Angola (BNA) today announced that it is implementing a series of actions to strengthen anti-money -laundering (AML) compliance and combat the financing of terrorism (FT) in the Angolan financial system.

Responding to the policies and recommendations of the FATF / GAFI (Financial Action Task Force), the BNA has successfully implemented a series of procedures and new legislation. These include highlighting policy reforms, developing training materials and guidelines for BNA regulated institutions, ongoing monitoring of the financial system and penalising offending institutions that are not fully compliant with the codes and conduct laid out by BNA.

The BNA indicated that suspicious transactions will be referred to the Financial Intelligence Unit (FIU). The FIU is entitled to freeze funds and the economic resources of persons, groups or entities designated that come under suspicion of conducting fraudulent activities The BNA earlier determined that all institutions under its supervision should submit audited reports by end of the year 2015. These reports will be checked for completeness and transparency. The BNA has published guidelines on the practical implementation of AML and FT programmes. The Bank has also conducted AML prevention and awareness workshops.

“The BNA is committed to maintaining the financial stability of Angola, to guarantee social development and sustainable economic progress, seeking an increase in FDI (foreign direct investment) in the country.”

Moreover, the BNA has an ongoing financial literacy programme called “ABC of Financial Education”, which addresses various topics around the prevention of money laundering and terrorist financing. This educational initiative raises awareness in the financial community around AML/FT measures thus bringing stability within the Angolan Financial System (AFS) and leading to customer protection. The initiative targeted at AFS’s financial clients will be relayed via series of TV and radio programmes providing information about the prevention of AML / FT and its impact on the Angolan financial ecosystem. To strengthen its monitoring actions, the BNA has issued self-assessment questionnaires around AML / FT requirements for bank and non-bank financial institutions.

According to the governor of the BNA, José Pedro de Morais, “Angola has made considerable progress in adopting more stringent requirements for the prevention of money laundering and terrorist financing. We have enacted legislation and implemented policy reforms. As part of our efforts to strengthen appropriate and effective supervision, the BNA issues guidelines reflected in the standards and recommendations of the FATF / GAFI. We are confident that these measures will assist financial institutions to meet their legal and regulatory requirements efficiently. By ensuring this success, the BNA will promote the integrity of the Angolan financial system by placing it in a strong position worldwide.”

Since 2010, Angola has made a high-level government commitment to work with FATF and regional bodies to address gaps in the country’s financial infrastructure and has taken significant steps towards aligning itself with FATF standards and policies. The BNA has adopted all of the FATF recommended initiatives:

In the first half of 2016, significant development will be witnessed in the Angola financial system, with regard to compliance relating to AML/FT, ensuring the authenticity and full compatibility of all financial assets of the country.

The Governor concluded, “The BNA is committed to maintaining the financial stability of Angola, to guarantee social development and sustainable economic progress, seeking an increase in FDI (foreign direct investment) in the country. Our aim is to continue to implement structural reforms in order to strengthen the Angolan financial system and mitigate potential money laundering and terrorist financing risks.”