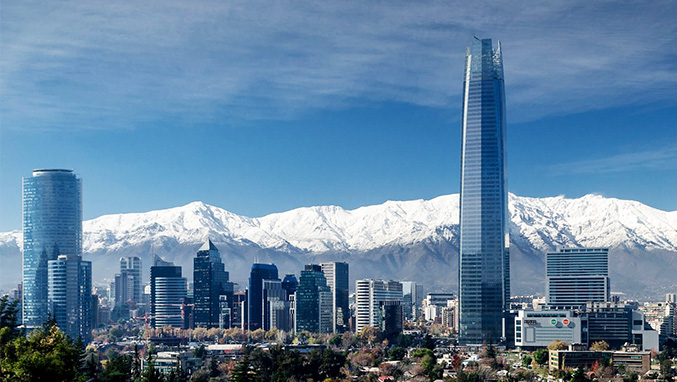 Few people realise that in 2013 a turning point was reached. In that year, emerging economies displaced developed markets as the main engines of global economic growth. This was not a one-off event or an oddity: it signalled no less than a watershed moment and the start of a new trend that is here to stay.

By 2020 it is expected that up to 70% of the world’s economic growth will take place in emerging markets. China and India will account for 40% of that. These numbers – coming from the International Monetary Fund (IMF) – do not take into account differences in purchasing power. If they did, the shift would appear even more pronounced.

Recent IMF statistics contain another gem: already next year, China’s national purchasing power is set to overtake that of the United States. The Chinese Century will have begun. Clearly, emerging markets are where most of the action will be taking place.

Investors looking for a possibly lucrative haven for their monies – as opposed to a merely safe one – would be wise to broaden their horizon, ditching preconceived notions. The world has changed. In fact, it has changed profoundly.

Brazil, Nigeria, and a host of other countries are not what they used to be. It used to be that Brazil grew at night, when the government was asleep. Brazil also used to be called “tomorrow’s country” much like some kiosks that have a sign for all patrons to see stating “We don’t offer credit today. Check back tomorrow.”

Well, tomorrow has arrived and the sign was removed. Brazil is wide awake, chomping at the bit, and very much open for business. That is not to say that the country has effectively found answers to its many issues and challenges. What it does mean is that whereas twenty or so years ago the Brazilian government basically couldn’t care less about adopting and implementing sensible development policies – it was way too busy with esoteric questions of a more political and/or ideological nature – today it has, at long last, embraced pragmatism.

It takes a bold move for politicians to become sensible and pragmatic. When in the late 1970s, Deng Xiaoping in China reportedly proclaimed: Getting Rich Is Glorious, others were rather slow to catch on.

For all their differences in size, culture, and history, most emerging countries have now decided to heed Mr Xiaoping’s advice: the moaning and whining about the injustices inflicted by colonialism and by a global system set up by supposedly conniving Western powers has – at long last – ceased. It is time for all to get down to business and get rich while at it.

Almost everywhere in the developing world, borders are opening up and red tape is being cut. Governments everywhere are busy streamlining processes and operations while good governance – both at state and corporate level – is the new magic word.

In countries such as Brazil, Nigeria, and India foreign investors – previously shunned if not distrusted – are now being welcomed and fêted as equal partners in a quest that will make money aplenty for all concerned.

Today’s Brazil and Nigeria are fast becoming dynamic powerhouses. The world has become a village and that village is moving on at an ever faster pace and doing so to a more uniform beat.

While investors should be very much aware of the many opportunities arising, they should not go haywire. It’s best to tread carefully and obtain local expertise. Pragmatism may reign supreme and regulatory frameworks are converging: specialist local knowledge still remains an essential ingredient required for success.

Investors may want to look first and foremost for countries that have the basics in place such as:

When looking for these characteristics, do not discard the smaller markets, for they are often amongst the most dynamic.

Take Chile. It’s a very small country, spaghetti-shaped, straddling the western seaboard of South America. Even though its domestic market is relatively, Chile maintains an impressive number of comprehensive free trade agreements. According to the World Bank, Chile is one of the world’s most open and liberal economies.

As such, Chile is the almost perfect place to set up shop and operate globally – or to take a stake in a company that already does so. The country’s industrial and services sectors have operated for over thirty years in a highly competitive environment. As a result, most Chilean companies operate as efficiently as their counterparts in North America or Europe: their prowess leaves little, if anything, to be desired. These companies just have to be world-class in order to survive in such an open and deregulated economy.

Eastwards, across the South Atlantic, have a look at Botswana – the Jewel of Africa. No corruption here, nor silly policies that aim to annoy foreigners or stifle entrepreneurship. A tiny country perhaps, but one with the courage to trace sensible vectors along which to plot its development. For investors, it’s an exceptionally good place to be.

Bigger economic powers-in-being – Brazil, India, Nigeria – often blind investors to the opportunities available elsewhere. The good news is that there are currently very few places you probably do not wish to be. Sadly, Argentina – otherwise a most fascinating country – comes to mind.

But for every Argentina, there’s an Egypt on the other end of the scale. If one country is making headway in getting its national act together, it surely must be Egypt. Its president may at times be a little out-of-tune politically, but the man receives no criticism for his bold vision. Not just that: he actually does something about it and has merrily set his nation to work with a set of policies that is effective and most sensible.

Also, have a closer look at the Middle East. Saudi Arabia – the local juggernaut – is opening up to foreign capital. Up to now, foreign investors only enjoyed indirect access to this most buoyant of markets. Few superlatives do this country justice. Even the fast-moving Chinese have cause to be impressed and perhaps even a little jealous.

Saudi Arabia is right now building no less than five new cities. Arising from the desert sands, these cities are not just embellished sub-developments, but future metropolis being planned on a scale that defies the imagination. Just about everything is needed there, from universities and their attendant academic arrangements, to leisure facilities, shopping arcades, light industry, residential estates, and the infrastructure to weave it all together – and connect the country to the outside world. With its capital market now opening up to outsiders, Saudi Arabia may well become the Land of Opportunity.

While Saudi Arabia’s mega-projects are dazzling in size and scope, the next door United Arab Emirates should not drop off the investors’ radar screen. The UAE has mastered the art of leveraging its tiny but well located geographical footprint and becoming a hub for the world. Coming almost out of nowhere, the emirates are now a global crossroads not just for airline travellers, but for capital and trade as well.

UAE corporations are exceptionally well poised to provide the preferred gateway to Saudi Arabia and its enticing markets. Their expertise, as a corporate switches for trade and capital, is unsurpassed. Saudi Arabia’s opening up offers UAE businesses a host of new opportunities.

The world is not only awash in idle cash, it now also offers opportunities that, while at times mind-boggling, are just too good to ignore. Investors need no longer sit on the side lines and may want to take a careful look over the parapet of their portfolios. Some may even dare to leave their comfort zone and venture into the wider world.

While mature Western economies are by no means yesterday’s news, and may still offer a winning combination of safety and profit; the real excitement is found elsewhere. Now investors have a golden opportunity to try and wiggle their way in on the ground floor. While the good times will last for quite a while yet, admittance will not always come as cheap as it does today.