[1]A major challenge facing African countries is how to mobilize adequate, stable and predictable domestic resources to finance priority programmes and projects of the New Partnership for Africa’s Development (NEPAD), the development framework designed by African leaders in 2001. For example, it is estimated that Africa’s infrastructure financing needs is as much as $93 billion per year with a gap of about $31 billion per year.  There are also significant financing gaps in other priority areas such as health, education, and science, technology and innovation. Closing Africa’s financing gap requires strengthening domestic resource mobilization and developing innovative approaches to mobilize development finance.

This problem has been aggravated by the impact of global economic crisis and the eurozone debt crisis as it has negatively affected financial inflows into Africa.  From the work done so far by the Economic Commission for Africa (ECA) and the NEPAD Planning and Coordinating Agency, we know a number of things about domestic resource mobilization in Africa:

The average ratio of domestic savings to GDP in Africa over the period 2005-2010 was about 22 percent compared to about 45 percent inEast Asiaand the Pacific and 30 percent for middle income countries (Table 1 column 2). Within Africa, (outside of North Africa), savings ratio is particularly very low indicating that if African governments want to close the existing gap between domestic savings and investment requirements, they have to do more to strengthen domestic resource mobilization.

2. The average tax ratios in Africa today is comparable to that in high income countries and is actually higher than in the average middle income developing economy.

Over the period 2005-2010, tax ratio in Africa (tax revenue as a percentage of GDP) was 20 percent compared to 15 percent for high income countries, 13 percent for middle income countries, and 11 percent forEast Asiaand the Pacific (Table 1 column 3). In other words, African countries on average have tax ratios higher than what is observed in other regions. However, tax ratios in the western countries of the European Union are much higher than the African average. Furthermore, Africa’s  high average tax ratio masks the reality in several countries in the region where the tax ratios are below 10 percent (Central African Republic, Republic of Congo, Ethiopia, Liberia, Nigeria, Sudan etc). The relatively high tax ratio observed in Africa suggests that for African countries to increase tax revenue they should not rely on increasing the tax rate. Rather they should focus on expanding the tax base, improving tax administration, and tapping relatively underutilized sources of taxation such as property and environmental taxes.

Table 1: Domestic Savings and Taxes in Africa Compared with other Regions (2005-2010 average)

Source: Based on computations by Economic Commission for Africa.

African countries depend on international trade taxes more than any other region. Over the period 2005-2010, taxes on international trade represented about 21 percent of total tax revenue in Africa compared to about 7 percent for East Asia and the Pacific and about 8 percent for middle income countries and also Latin America and the Caribbean (Table 1, Column 6). They also rely relatively less on  taxes on income and profits (Table 1, column 5). Overall the ratio of  “indirect” to direct taxes is significantly higher in Africa than in middle income and other developing countries. The continental average masks a sharp difference between North Africa and the rest of the continent, the latter having higher incidence of international trade taxes  and relying more on consumption taxes.

4. Tax ratios are strongly related to the structure of the economy and quality of governance.

There is a very strong negative association between the tax ratio and the share of agriculture in GDP; in other words, the higher the share of agriculture in the GDP, the lower the tax ratio.  The correlation coefficient between these two variables is (-0.61). This might reflect the tendency for agricultural activity to occur within the informal sector. A larger share of manufacturing and services, instead, tends to be associated with greater tax revenues to GDP ratio. Interestingly, while there is a strong correlation between gross domestic savings and oil exports, there is virtually no evidence of correlation between tax rates and the proportion of fuel exports in total country exports. Turning to the quality of governance, there is indication that a better government might effectively be more likely to mobilize larger volumes of resources via taxation. Quality of governance is viewed in terms of government effectiveness, control of corruption, rule of law, regulatory quality, political stability and absence of violence, and voice and accountability to citizens.

A key issue that requires urgent attention by African countries is illicit financial outflows from the continent. The trend has been increasing over time and especially in the last decade, with an annual average illicit financial flow of US$ 50 billion between 2000 and 2008.  Illicit financial resources are drained out of Africa through various channels, including trade mis-invoicing, transfer pricing, investment related transactions, and bank transfers. Multinational companies (MNCs) are the most significant perpetrators and they have a variety of techniques at their disposal to protect their profits from taxation by employing complex, country-specific strategies. The most popular of these is ‘transfer pricing,’ which is the manipulation of prices of cross-border transactions between related affiliates. The motives and mechanisms are generally similar to those utilized in trade mis-invoicing. Other forms of illicit commercial activities include tax avoidance and tax evasion. These activities basically shift money beyond the reach and appropriate use of domestic authorities.  As much as 60 percent of global illicit financial flows originate from commercial transactions through multinational companies.

In conclusion, African countries have made some progress in mobilizing domestic revenue over the past decade. Nevertheless, there are still significant gaps between domestic revenue and investment requirements, indicating that more needs to be done to boost domestic revenue, address illicit financial flows and also exploit other sources of financing.  There is improvement in tax collection in the continent, leading to revenue increases. Yet, tax administrators face enormous challenges. The right policies must be put in place for more effective, efficient and fair taxation through deepening the tax base, removing tax preferences, dealing with the use of transfer pricing techniques of multinational firms, taxing extractive industries more fairly and more transparently and addressing capacity constraints of tax administrators. 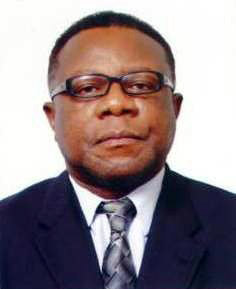 Professor Emmanuel Nnadozie is the Director of the Economic Development and NEPAD Division at the United Nations Economic Commission for Africa (ECA). He was formerly Senior Economist and Chief responsible for the UN Coordination Unit for AU/NEPAD Support at ECA and Focal Point for the African Peer Review Mechanism at ECA.  Before joining ECA in June 2004 he was Professor of Economics at Truman State University (1989-2004), Visiting Professor at the University of North Carolina (1996-97), and Research Fellow at the University of Oxford, England (1994).  Prof. Nnadozie was also formerly Chief Planning Officer at the World Bank’s Agricultural Development Program in northern Nigeria.  His scholarly works have appeared in both academic and non-academic journals all over the world, most notably African Economic Development, Academic Press/Elsevier, 2003.  An award-winning educator, Professor Nnadozie was recognized as The Most Outstanding Black Missourian of the Year in 2003.  He served as President of the African Finance and Economics Association of North America (1999-2001), and Editor, Journal of African Finance and Economic Development [currently Journal of African Development] (1998-2002).